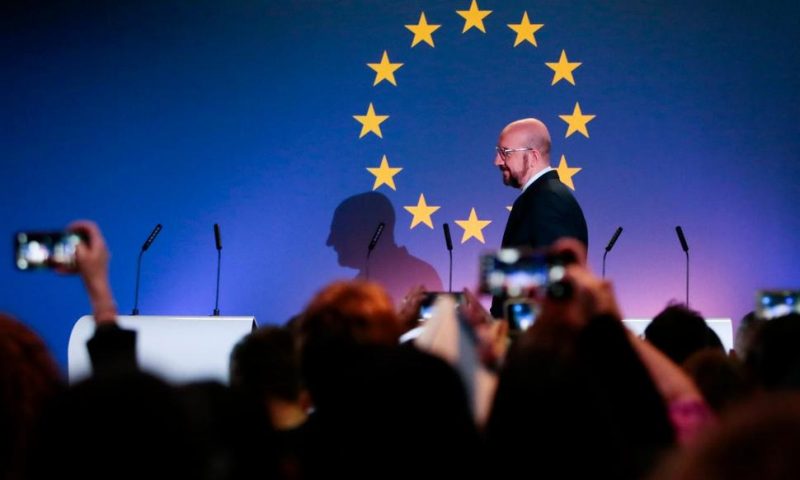 A top European Union official unveiled Friday his proposal for the bloc’s next long-term budget.

BRUSSELS — The European Council president unveiled Friday his proposal for the EU’s next long-term budget, but the figure falls far short of the demands of Europe’s parliament, which must ratify the spending package, setting the scene for tense negotiations.

Charles Michel’s proposal to set the 2021-2027 budget at just over 1.07% of EU gross national income is also likely to upset the leaders of some of the 27 member countries, meaning that an emergency summit on the budget set for Thursday could turn into a long and tortuous affair.

Europe’s coffers will shrink with Britain having left the bloc at the end of January. But the new officials who took over leadership of the EU’s main institutions since last year, including Michel, have set ambitious spending targets on climate, the digital economy and research.

Michel’s offer falls some 240 billion euros ($260 billion) short of the demands of the European Parliament, which wants a budget of 1.3% of gross national income. Some EU member states want to go as low as 1%.

The EU’s powerful executive arm, the European Commission, has proposed that countries should contribute 1.11% of gross national income. This would generate an overall budget of 1.135 trillion euros ($1.25 trillion) for the seven-year period.

“Now it is time to close a deal,” a senior EU official said Friday as he briefed reporters on Michel’s proposal, and underlined that negotiations on this package have already dragged on for almost two years. He said that Michel and his team arrived at the numbers after talks with all national leaders, some meetings lasting up to three hours.

The official, who spoke only on condition of anonymity in line with his post’s requirements, said that the offer is “an attempt at putting the cursor in the middle of where we believe there is the biggest chance of finding a compromise.”

The EU money is used for a variety of purposes, from transport and energy policy, to space programs, migration and border management, security and farm subsidies. Under the latest offer, spending on farm subsidies would drop, which could upset France, a major beneficiary.

Money aimed at bringing Europe’s poorer regions up to speed with the rest of the bloc would also be reduced.

EU Parliament President David Sassoli drew a red line on Wednesday, saying that lawmakers are keen to reach an agreement with member countries but that “if they refuse to move and accept Parliament’s positions then we will go all the way and reject the new long-term EU budget.”

“These are not just abstract figures but have real consequences for the lives of all Europeans,” he said.

Baghdad explosions: rockets strike near US embassy in Iraq