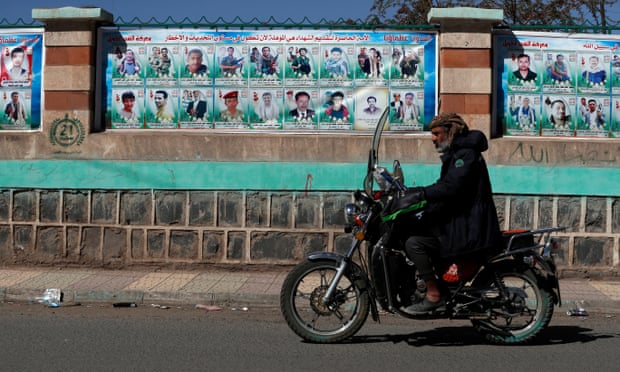 A Saudi fighter jet has crashed in Yemen, the Riyadh-led military coalition supporting the government said.

The Iran-backed Houthi rebels said they had downed the plane.

The Tornado aircraft came down on Friday in northern al-Jawf province during an operation to assist Yemeni government forces, the coalition said in a statement carried by the official Saudi press agency. It did not specify the fate of the crew or the cause of the crash.

The Houthis’ al-Masirah television channel said the jet was downed by the rebels using an advanced surface-to-air missile.

The insurgents reported multiple coalition air strikes on Saturday in the Houthi-controlled area where the plane went down as local residents gathered near the wreckage, according to al-Masirah. The bombing raids left dozens of people dead or wounded, al-Masirah added, a claim that could not be immediately verified by local aid workers.

The coalition intervened against the Houthis in 2015, first with air and naval forces and later with ground forces as well.

The fighting has killed tens of thousands of people, most of them civilians, and sparked what the United Nations has called the world’s worst humanitarian crisis.

The coalition has been widely criticised for the high civilian death toll from its bombing campaign, which has prompted some western governments to cut arms deliveries to the countries taking part.

Saudi Arabia and the United Arab Emirates have purchased billions of pounds’ worth of weapons from the UK, US and France.

On Wednesday, the coalition said it would put on trial military personnel suspected of being behind deadly air strikes on Yemeni civilians.

The cases being investigated include a 2018 airstrike on a school bus in the northern region of Dahyan that killed at least 40 children, Saudi-based Arab News said.