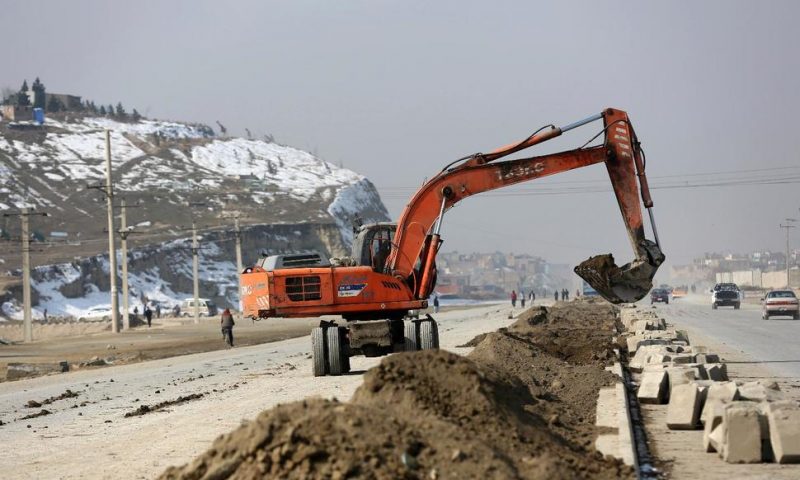 KABUL, Afghanistan — Rebuilding Afghanistan has cost hundreds of lives, according to a new report released Tuesday by a U.S. government watchdog that monitors the billions of dollars Washington spends in the war-ravaged country.

The Special Inspector General for Afghan Reconstruction, John F. Sopko, says his report is the first to look at the human cost of rebuilding Afghanistan following the 2001 U.S.-led invasion that toppled the Taliban. The casualties it chronicled were the result of Taliban and other militant attacks on reconstruction projects since 2002. Such projects are often seen as easy targets. The SIGAR report did not include accidental or other deaths associated with reconstruction projects.

The findings come amid renewed U.S.-led peace talks with the Taliban aimed at opening the way for withdrawing American troops.

U.S. Congress created the office of SIGAR to ferret out waste and corruption in the billions of dollars America spends in Afghanistan. The watchdog’s reports had previously focused almost exclusively on the financial costs of rebuilding the war-torn country.

“’For years, SIGAR has spent considerable effort to track the financial costs of reconstruction and stabilization activities in Afghanistan,” said Sopko in a preamble to the report. “However, little effort has been made up to now to track the human costs — the number of people killed, wounded, or kidnapped — to accomplish these activities.”

The report found that 2,214 people have been killed, most of them Afghans, in largely U.S.-led projects to rebuild the country. That deaths included 284 Americans, both civilian and military. Another 2,291 people were wounded in projects from road construction, to building schools and health clinics around Afghanistan.

Afghanistan’s 18-year war has been deadly for civilians. The United Nations calculates that between 2009, when it first began documenting civilian casualties, and October 2019, a total of 34,677 Afghan civilians have been killed in insurgent attacks and caught in the crossfire in fighting between militants and Afghan security forces and their U.S.-led coalition allies.

The report pointed out that the focus on financial waste had until now left policymakers with “an incomplete picture of the true cost” of U.S. efforts in Afghanistan. It said this was the first U.S. government probe to focus on the human toll of reconstruction programs.

The most dangerous job was road construction, according to SIGAR, amid a range of projects that included counter-narcotics, governance, and demining. Road construction accounted “for 30% of all casualties,” the agency said.

The report didn’t identify who carried out the attacks. Alongside the Taliban, other militants operate in Afghanistan, including the Islamic State group.

SIGAR also said 1,182 people were either abducted or disappeared while on reconstruction jobs. The report didn’t say how many among the kidnapped had been recovered.

Of the Americans killed helping rebuild Afghanistan, 216 were U.S. service members. According to the report, most of the casualties came the peak of reconstruction from 2008 to 2011.

The United States has spent nearly $1 trillion in Afghanistan, the majority of which has been spent on security and war-fighting costs. About $136.97 billion has been spent on Afghan relief and reconstruction since 2002.

Yet according to an earlier SIGAR report last month, the poverty rate in Afghanistan is climbing. In 2012, 37% of Afghans were listed below the poverty rate, surviving on less than $1 a day. Today that figure has risen to 55% of Afghans.

The Taliban and the U.S. peace talks underway in Qatar, where the Taliban maintain a political office, have become bogged down over agreeing on how to end or substantially reduce hostilities.

The Taliban today control or hold sway over roughly half of Afghanistan, staging near-daily attacks targeting Afghan and U.S. forces, as well as government officials and those seen as linked to the government. Scores of civilians are killed in the crossfire.

A reduction in violence would allow the U.S. and Taliban to sign a final agreement, prepare the way for ending America’s longest war and for starting broader Afghan negotiations over the country’s post-war future.