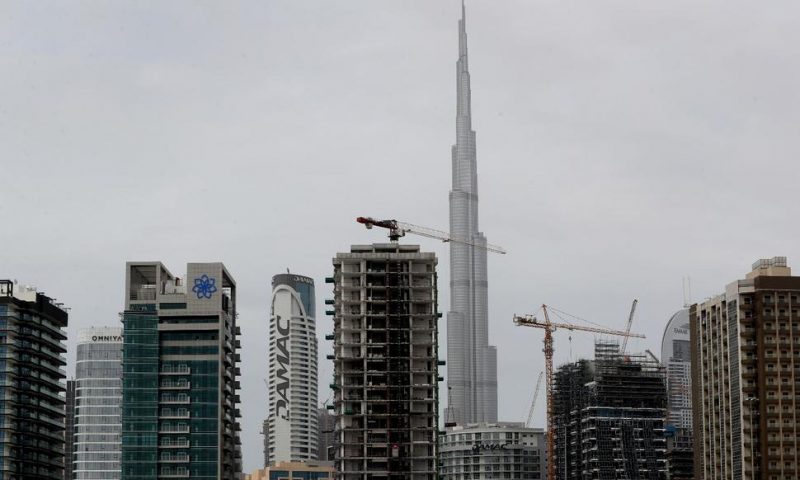 DAMAC is known in Dubai for a number of glitzy projects, including its partnership with the Trump Organization to manage and run two golf courses surrounded by upscale villas and apartments. The business was run by Donald Trump, who earned millions licensing his name to projects well before his election as U.S. president. His sons, Eric and Donald Trump Jr., now lead the Trump Organization.

DAMAC’s loss comes amid concerns of an oversupply of new properties on the market, which prompted Dubai’s leadership last year to announce a new committee to review real estate projects before they come into the pipeline. The government is seeking to curb the pace of new construction projects as property prices fall and the sheer scale of developments threatens to outstrip demand.

“We have selectively launched fewer projects in softer market conditions to avoid adding new commitments and focus on selling completed and near completion inventory,” said Chairman of DAMAC Properties Hussain Sajwani, who is majority owner of the company.

He’s repeatedly called for a moratorium on all new home construction for up to two years to stabilize market prices and renew confidence in Dubai’s property market.

Dubai’s real estate sector is a bellwether for its economy, which is facing a slowdown in growth. Multiple market reports have noted steep job losses over the past year, with companies forced to lower their prices, fire employees and curb new hiring.

The emirate is already home to six mega-sized malls, including the Dubai Mall, which is one of the world’s busiest and largest. Another six large malls are currently under construction.

Dubai also attracts millions of tourists annually who flock its downtown Burj Khalifa, the world’s tallest tower. Yet an even taller tower is under construction in Dubai’s historic creek area and will be flanked by a new residential district.

Meanwhile, Dubai is ramping up spending to host Expo 2020, the world’s fair, which will run for six months when it opens this October. Dubai’s tourism sector is a key pillar of the economy and the emirate anticipates millions of visitors to the Expo that could help drive up revenue and local spending.

A new virus outbreak in China and limited flights there could dampen the number of visitors Expo 2020 is able to attract. Dubai welcomed 989,000 tourists from China in 2019.

Rebuilding Afghanistan Has a High Human Cost, US Agency Says