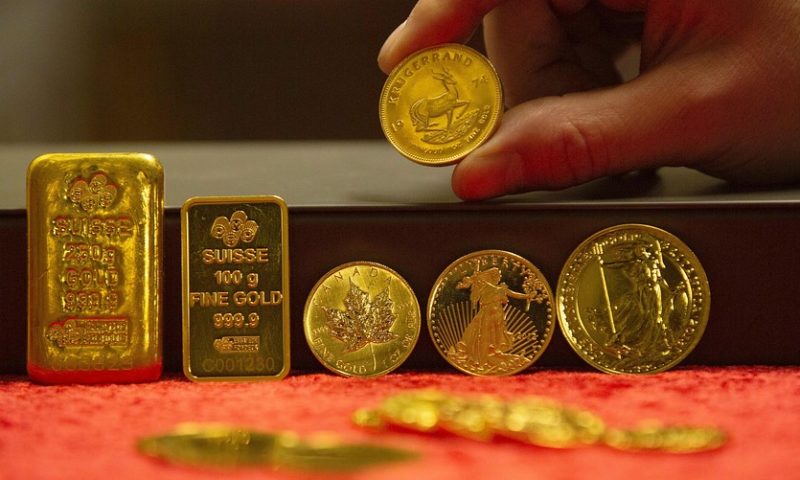 Gold and silver futures climb for the week

Gold futures settled above $1,300 an ounce on Friday, with prices for the yellow metal at their highest since June as the U.S. dollar pulled back and investors eyed geopolitical turmoil and global growth worries.

“The U.S. dollar has weakened again ahead of next week’s FOMC meeting amid growing expectations that the [Federal Reserve] will reiterate the need to pause its [interest-rate] hiking cycle,” said Fawad Razaqzada, market analyst at Forex.com.

The ICE U.S. Dollar Index DXY, -0.78% a measure of the currency against six major rivals, was off 0.8%, trading 0.5% lower for the week. A weaker U.S. unit can be supportive for dollar-priced commodities by making them cheaper to users of other currencies.

“In addition, the yuan has been on the rise on hopes over a resolution in U.S.-China trade dispute. With a stronger renminbi, Chinese consumers can buy more gold than was the case previously,” Razaqzada said.

Meanwhile, the International Monetary Fund’s cut to its 2019 global growth forecast earlier this week and a round of downbeat Chinese economic data have underpinned gold, often considered a haven asset, said Lukman Otunuga, research analyst at FXTM, in a Friday note.

For non-ferrous metals, which include copper, “already low inventories continue declining, thereby providing fundamental support to the improving technical picture,” said John Gross, president of metal industry consultancy firm JE Gross & Co. “But the thing that has us increasingly confused is the deteriorating state of political and economic affairs, that for whatever reason, markets seem to be ignoring.”

“The U.S. government has been shut down for about a month now, and last week, John Williams, president of the New York Federal Reserve warned ‘that it is hitting our economic growth’,” he said. “In Europe, the Brexit situation has moved into the ‘Twilight Zone’, and the clock is ticking on a very uncertain outcome. The news from China points toward further weakness, despite a record $83 billion being injected to boost their economy, and no substantive progress has been made on trade talks.”