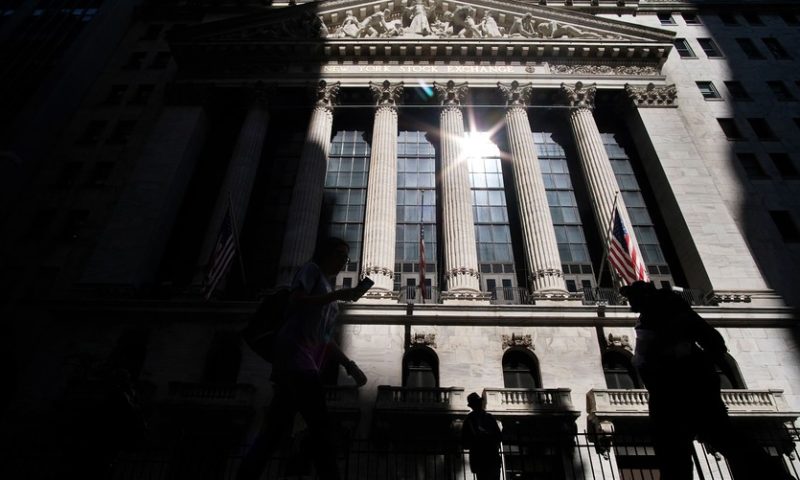 U.S. stocks closed higher Friday, with the Dow Jones Industrial Average gaining for a fifth week in a row, as investors focused on a broadly positive picture painted by earnings season so far.

A deal reached by President Donald Trump and congressional Democrats to at least temporarily reopen the government had little impact on stocks.

Optimism over what has been so far an upbeat earnings season drove stocks higher, allowing investors to look past divisions in Washington and concerns over global growth.

Trump and Democratic congressional leaders came to a surprise agreement to reopen the government until Feb. 15, for now ending a 35-day partial shutdown, while lawmakers continue to debate funding for an extension of the southern border wall. The president said the deal would ensure the quick disbursal of back pay to federal workers, removing one of the central concerns investors had about the shutdown’s impact on the economy. Stocks showed little reaction to the announcement, maintaining gains in afternoon trade.

Potentially more important than the positive fourth-quarter earnings surprises released this week were a series of upbeat management conference calls, where company executives expressed optimism for their businesses in 2019. A prime example is Western Digital Corp. WDC, +7.52% shares of which fell in after-hours trading following earnings and revenue misses, but rallied more than 6% Friday after management said it expected revenue to rise in the second half of 2019.

Stocks were also boosted by expectations that the Federal Reserve will take a much more dovish stance in 2019 than previously thought, with The Wall Street Journal reporting that Fed officials are close to a decision on whether to end the shrinking of the central bank’s balance sheet early.

Meanwhile, China’s central bank said that it will release another $37 billion in additional cash to banks aimed at stimulating growth and create a bond-swap facility that the bank says will help boost lending in the world’s second largest economy.

“There was little reaction to the deal because all we know is that the government is opening for three weeks. The nitty-gritty details are going to get worked out over those three weeks, and the market could move on that news,” said J.J. Kinahan, chief market strategist at TD Ameritrade.

The stock market’s strong performance Friday, and throughout the month of January, shows that “the economic system is more important than the political system,” George Mateyo, chief investment officer at KeyBank, told MarketWatch.

Mateyo argued that while the U.S.-China trade standoff will increase short-term volatility, he sees investors as optimistic that it’s in the interest of all parties involved to come to agreements that reduce tensions.

Intel Corp. INTC, -5.47%  fell 5.5% after it broke ranks with an upbeat string of tech earnings this week, posting a revenue miss and a weak outlook.

Starbucks Corp. SBUX, +3.63%  shares rose 3.6% after an earnings beat and management optimism around its China business.

Why the stock market’s fate could hinge on the U.S. dollar