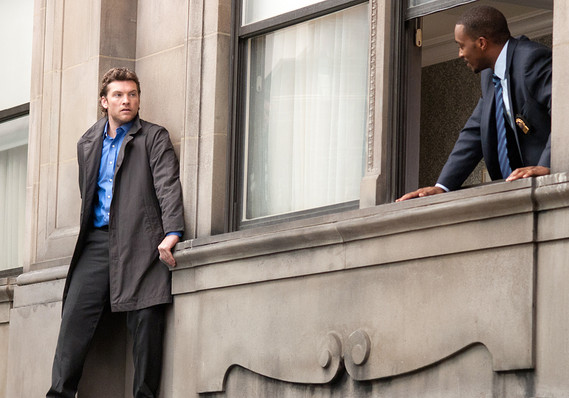 There are lots of legitimate reasons to pause, so why did Powell give in to the market’s tantrum?

It is hard to recall a time when the Federal Reserve has made as dramatic an about-face in how it conveys its outlook and yes, its forward guidance to financial markets absent a significant deterioration in economic fundamentals as it has in the past month.

So what was it that prompted policy makers to alter the tone of their communications and provide succor to risk markets? I can think of no other viable explanation than the dive in the U.S. stock market in the last three months of the year.

With the major averages SPX, +0.14% DJIA, -0.09% COMP, +0.68% approaching bear-market territory, defined by decline of 20%, in December, all it took was a bunch of superlatives — the biggest Christmas-eve decline in history, the worst December since 1931 — for the Fed to start talking up risks and talking down “further gradual interest rate increases,” as per its Dec. 19 meeting statement.

The doves came out in droves. Patience became the watchword, flexibility the new mantra, data dependence the new operating strategy. (I’ve argued that monetary policy has always been data dependent.)

It seemed as if every Fed district bank president took to the airwaves to advocate watchful waiting before making any additional adjustments to the overnight benchmark rate.

At his post-meeting press conference on Dec. 19, Fed Chairman Jerome Powell mentioned the increase in financial market volatility and the tightening of financial conditions.

He talked about moderating but still strong growth and low inflation that enabled policy makers to be patient. And he said the increase in the benchmark federal funds rate to 2.25%-2.5% brought the rate to the “bottom end of the range” considered neutral.

But that wasn’t good enough.

The source of the stock market’s malaise, according to commentary at the time, was Powell’s assertion that the balance sheet run-off would be on automatic pilot. He downplayed the macroeconomic impact from any such quantitative tightening as well. And he failed to show enough concern about the new-found volatility in the stock market, at least the volatility to the downside.

The stock market had a hissy fit, and high-yield spreads widened to a 2 1/2-year high, both of which succeeded in getting the Fed’s attention.

What sort of message should we take away from this sequence of events?

This critique isn’t about the Fed being wrong when it raised rates on Dec. 19 and projected two more 25-basis-point rate increases for 2019, and being right two weeks later, when Powell participated in a panel at the American Economic Association’s annual meeting in Atlanta with his two immediate predecessors and appeared to soften his stance.

Only with the benefit of hindsight will we be able to determine which prognostication was correct.

Second, markets — stock, bond, currency and commodity — telegraph all sorts of information. Policy makers need to prioritize fundamentals — the information markets are incorporating into prices — over price action. Otherwise, they will look as if they are caving in to a bunch of algorithmic traders. (Where do you think the “Greenspan put” originated?)

Third, the Fed’s seeming capitulation in the face of a significant stock market sell-off is probably not the kind of message the central bank would wish to re-enforce.

Powell could easily have conveyed more concern about risks at his Dec. 19 post-meeting press conference, especially given a synchronized slowing in global growth, trade tensions and an array of geopolitical risks, including an uncertain Brexit.

He did mention these developments, concluding that they “have not fundamentally altered the outlook,” other than “modestly” lowering growth forecasts, and said that inflation below 2% “gives the committee the ability to be patient moving forward.”

But that wasn’t enough for Mr. Market, which clearly wanted more mollycoddling.

Financial markets — specifically, the fed funds futures contract — had removed all but a slight probability of even a single rate hike this year. The Fed gives a lot of weight to expectations, and if the past is prologue, will pay more attention to the market’s forecast than its own (see 2016).

There are an array of concerns policy makers confront going forward, any of which alone could slow economic growth.

The list includes the waning effect of the tax-cut stimulus, the lagged effects of previous rate hikes, a partial government shutdown that is sapping about 0.5 percent point from gross domestic product growth each month, according to estimates from the White House Council of Economic Advisers, a housing market that is struggling, an uncertain outcome to trade talks with China, a dysfunctional Congress, and an impulsive president, to name just the major ones.

The only question is, why did the Fed need the stock market to drive the point home?