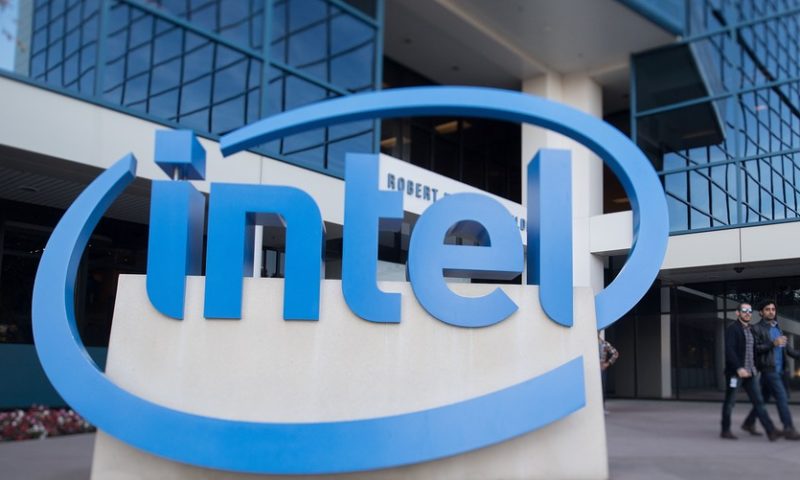 Back in October, Intel had forecast “balanced” headwinds and tailwind on revenue.

NAND chips are the flash memory chips used in USB drives and smaller devices, such as digital cameras.

Intel reported fourth-quarter net income of $5.2 billion, or $1.12 a share, compared with a loss of $687 million, or 15 cents a share, in the year-ago period. Adjusted earnings were $1.28 a share. Of the 35 analysts surveyed by FactSet, Intel on average was expected to post adjusted earnings of $1.22 a share, in line with Intel’s forecast. Revenue rose to $18.66 billion from $17.05 billion in the year-ago quarter. Wall Street expected revenue of $19.02 billion from Intel, according to 33 analysts polled by FactSet.

In the first quarter, Swan said he expects PC-based revenue up in the “low single digits” and data-centric revenue to be “down low single digits on broad weakness in data center and continued NAND pricing pressure.”

Swan also said he was “convinced” the board would “close on a new CEO in the near future.” Intel has operated with an interim CEO since last June, when Brian Krzanich stepped down after he was found to have violated company policies through a past relationship with another employee.

The Fed talks Mr. Market off the ledge