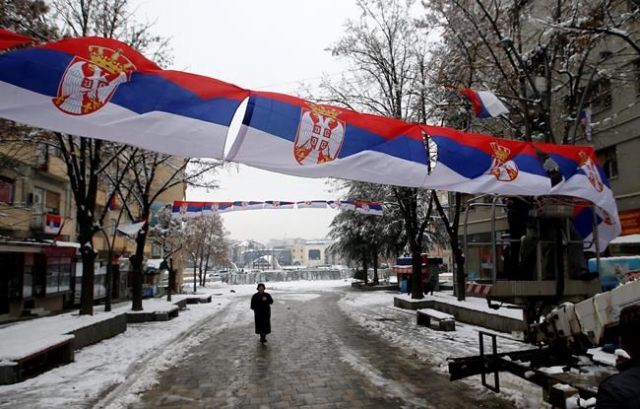 Serbia talked up the possibility of an armed intervention in Kosovo Friday after the parliament in Pristina overwhelmingly approved the formation of an army, with Belgrade calling the move the “most direct threat to peace and stability in the region.”

All 107 lawmakers present in the 120-seat Kosovo parliament voted in favour of passing three draft laws to expand an existing 4,000 Kosovo Security Force and turn it into a regular, lightly armed army. Ethnic Serb lawmakers boycotted the vote.

Serbia insists that the new army violates a U.N. resolution that ended Kosovo’s 1998-1999 bloody war of independence. It has warned bluntly that it may respond to the move with an armed intervention in the former province, with Prime Minister Ana Brnabic saying it is “one of the options on the table.”

On Friday, Nikola Selakovic, an adviser to the Serbian president, said the country could send in armed forces or declare Kosovo an occupied territory. Foreign Minister Ivica Dacic said Serbia will seek an urgent session of the United Nations Security Council over the issue.

Any Serbian armed intervention in Kosovo would mean a direct confrontation with thousands of NATO-led peacekeepers, including U.S. soldiers, stationed in Kosovo since 1999.

Russia, Serbia’s ally, denounced the moves to form a Kosovo army, saying the ethnic Albanian force must be “disbanded” by NATO in Kosovo.

Kosovo declared independence from Serbia in 2008, a move not recognized by Belgrade or its ally Russia. Tensions have remained high between the two sides, and NATO and the European Union — which has led years-long talks to improve ties between the Balkan neighbours — expressed regret that Kosovo decided to go ahead with the army formation.

“I reiterate my call on both Pristina and Belgrade to remain calm and refrain from any statements or actions which may lead to escalation,” NATO Secretary-General Jens Stoltenberg said.

He said the alliance remains committed “to a safe and secure environment in Kosovo and to stability in the wider Western Balkans.” He said they will “re-examine the level of NATO’s engagement with the Kosovo Security Force.”

The new army will preserve its current name — Kosovo Security Force — but now with a new mandate. In about a decade the army expects to have 5,000 troops and 3,000 reservists, and a 98 million-euro ($111 million) annual budget. It will handle crisis response and civil protection operations — essentially what the current paramilitary force, which is lightly armed, does. Its main tasks would be search and rescue, explosive ordnance disposal, firefighting and hazardous material disposal.

It’s not immediately clear how much more equipment or weapons the new army will have compared with the current force.

Seeking to reassure Serbia and the international community, Kosovo’s Prime Minister Ramush Haradinaj said the new army “will never be used against them (Serbs).” He added: “Serbia’s army will now have a partner — Kosovo’s army — in the partnership for peace process.”

Serbia fears the move’s main purpose is to chase the Serb minority out Kosovo’s Serbian-dominated north, a claim strongly denied by Pristina.