The S&P 500 Index (SPX) jumped more than 2% after midterm elections delivered expected results in the House of Representatives (Democrats gained the majority) but success for Republicans elsewhere including victories in several close races for governor and Senator.

As things turned out, the closing low of the most recent correction turned out to be 263.86 for the SPDR S&P 500 ETF Trust (SPY), near the May low.

The subsequent 7% rally brings SPY to its upper Bollinger band where it should face some resistance. (See chart.)

History suggests that there will be a retest of the Oct. 29 low around early December.

Retests occurred roughly six weeks after the ultimate lows in many past intermediate term declines including the one early in 2018 as well as corrections in 1998, 2011 and 2015.

As a result, I think there is more turbulence to come even if the decline does not extend significantly.

Our U.S. equity timing model remains on a Buy signal. So far, persistence in the face of pain seems to be working out. 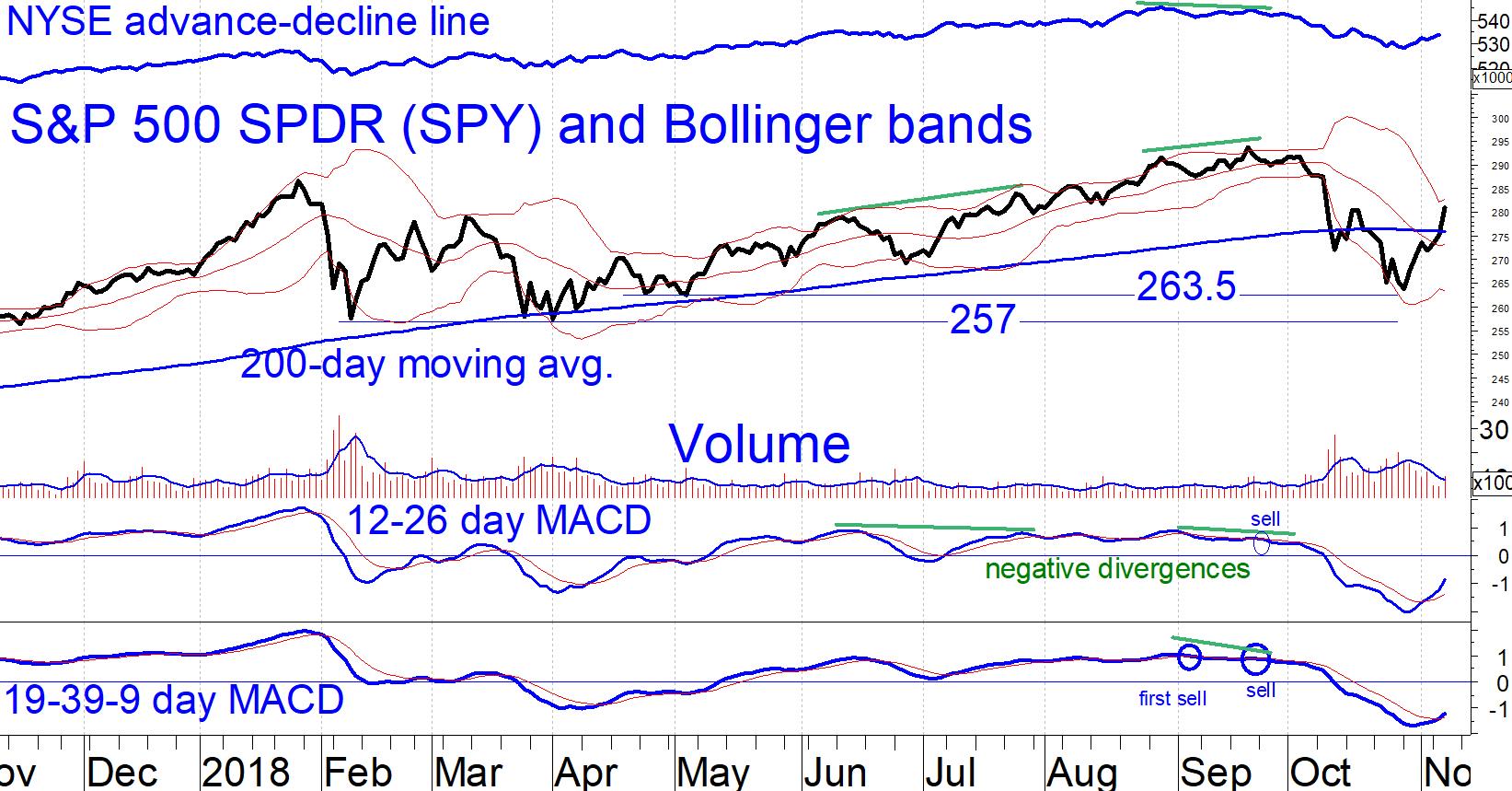