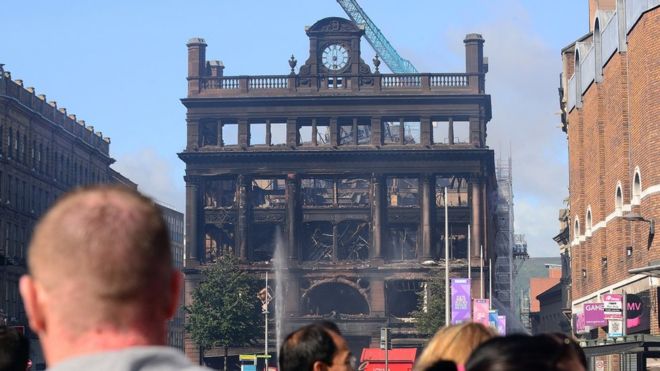 Businesses impacted by the Primark fire in Belfast city centre will be able to claim up to £19,000.

The money is coming from a £500,000 donation from Primark, which is being split-up by the council.

Independent retailers and charities which have been unable to open within the safety exclusion zone are eligible for a £19,000 one-off payment.

More than 80 other shops in streets around the zone will be able to each claim £5,000.

Multi-national chain stores, such as Tesco and Zara, or multiple location franchisees are not eligible for the cash. 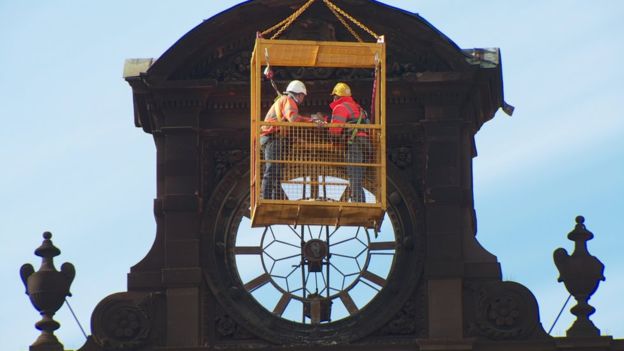 Belfast City Council said it is hopeful the main thoroughfare of the city centre, connecting Donegall Place and Royal Avenue, could re-open to pedestrians before Christmas.

This depends on health and safety considerations.

The package was agreed at a meeting of councillors on Friday morning. The fund will open for a six-week period until Monday 19 November.

Offices inside the zone will be able to apply for a payment of £2,000.

Kathleen McGovern, of Abacus Beads in Belfast’s Castle Street, welcomed the announcement that her business was eligible for a £19,000 one-off payment.

She has located temporary premises in Queen’s Arcade and hopes they will be open by the end of October.

“£19,000 probably doesn’t sound an awful lot, but to a small independent specialist trader like myself that is a fantastic injection,” she added.

“To bigger shops I know that’s not enough, but to me it’s a real lifeline.”

Peter Boyle, who is chief executive of Argento, said that although it would not benefit from the fund, it was “delighted for the smaller retailers”.

“Any payment would have been deducted from our insurance payment,” he said.

“It really leaves us in the same position”.

Mr Boyle said he was hopeful Argento would open at an alternative location in two weeks, and wanted to see a schedule of works from Primark for the period after 27 October “as soon as possible”.

Primark is also poised to reveal what it intends to do with Bank Buildings by filing a Listed Building Consent Application.

It is thought this could involve taking down at least part of the property and rebuilding in its original style.

The council said it is “proactively seeking solutions and working with Primark to reduce the cordon as soon as possible, and as soon as it is safe to do so”.

“Depending on the outcome of the consultation around Primark’s proposed works, Council is hopeful that pedestrian access could potentially be restored between Donegall Place and Royal Avenue before Christmas – subject to health and safety considerations.”

It is more than a month since Bank Buildings – which housed the Primark store – was destroyed in a fire.

A cordon remains in place around Castle Junction.

It has led to 14 businesses being closed for potentially up to four months.

Councillor Jim Rodgers, chairman of the council’s strategic policy and resources committee, said: “We have tried to make this as fair and simple a process as possible.

“We know some traders may be disappointed that they don’t meet the eligibility criteria but we have had to introduce an eligibility scheme which will see the money go to those who need it most.”