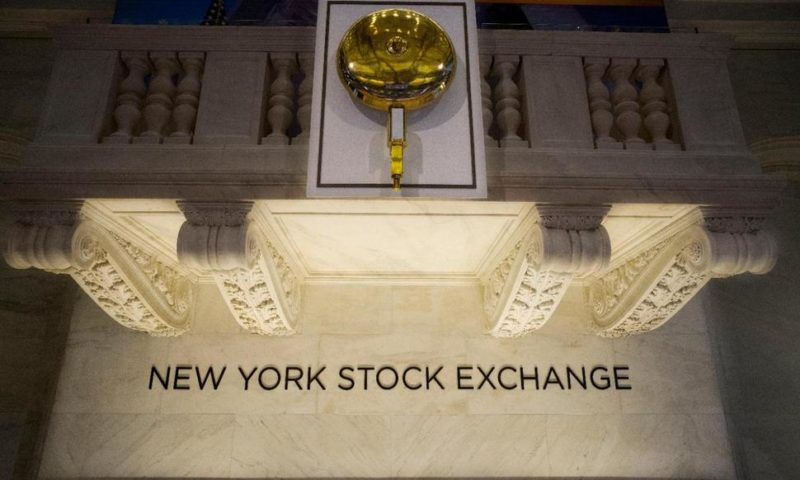 NEW YORK — U.S. stock and bond prices fell again Friday after the Labor Department said the economy continues to add jobs at a strong pace, and investors worried about a three-day surge in yields.

The Department of Labor said employers added significantly more jobs in July and August than it previously thought, which made up for a slightly disappointing gain in September. That was another sign economic growth is likely to continue.

While that’s usually good news for stocks, the market stumbled this week as investors sold government bonds at a rapid pace. That pushed yields to their highest levels in more than seven years, a sign that investors are unsure how high and fast interest rates will rise.

In a moderated discussion, Powell expressed confidence in the economy and said rising interest rates are a “long way” from holding back growth. Nixon said that means the Fed is intent on raising rates further, and investors aren’t sure when it intends to stop.

“The Fed is clearly no longer in the business of being accommodative and now the burden of proof is on the data to prove them wrong,” she said. Until last month, the Fed had described its policies as “accommodative,” or encouraging faster growth, since the Great Recession.

The Nasdaq dropped 3.2 percent this week and the Russell tumbled 3.8 percent. That was both indexes worst weekly loss in more than six months. The Russell index finished at its lowest level since late May.

“It’s so unusual to see these kinds of dramatic moves in the U.S. Treasury market without there being some kind of Big Bang event,” said Nixon, of Northern Trust. “We haven’t seen anything like it since the (2016 presidential) election.”

While technology companies and retailers have been the biggest gainers on the S&P this year, they took steep losses this week. Banks and industrial and energy companies, which have struggled for most of 2018, changed place and finished with strong gains.

Several major banks will report their third-quarter results late next week as the next round of company earnings begins.

Tesla stock fell 7.1 percent to $261.95 to end a particularly wild week for the electric car maker. Thursday evening, CEO Elon Musk taunted the Securities and Exchange Commission on Twitter just days after he agreed to settle an SEC lawsuit triggered by a tweet he sent in August.

As part of that settlement, Musk agreed to step down as chairman and submit to oversight when he’s communicating company news. His criticisms of the SEC don’t appear to be company news, but they may have worried investors who hoped his feed would be a little more boring from now on.

According to media reports, financier David Einhorn also criticized Tesla, comparing it to Lehman Brothers, which went bankrupt during the financial crisis. Tesla did not immediately respond to a request for comment.

Musk and Tesla are also paying $20 million each to end the lawsuit over his false tweet that he had secured funding to take Tesla private.

Wholesale club operator Costco gave up 5.6 percent to $218.82 after it said it discovered technology problems related to its financial reporting processes. Costco said it hasn’t found any mistakes in its earnings reports so far.

Benchmark U.S. crude was little changed at $74.34 a barrel in New York and Brent crude, the standard for international oil futures, fell 0.5 percent to $84.16 a barrel in London.

Why gold prices may have already bottomed

Businesses affected by Belfast Primark fire to get cash