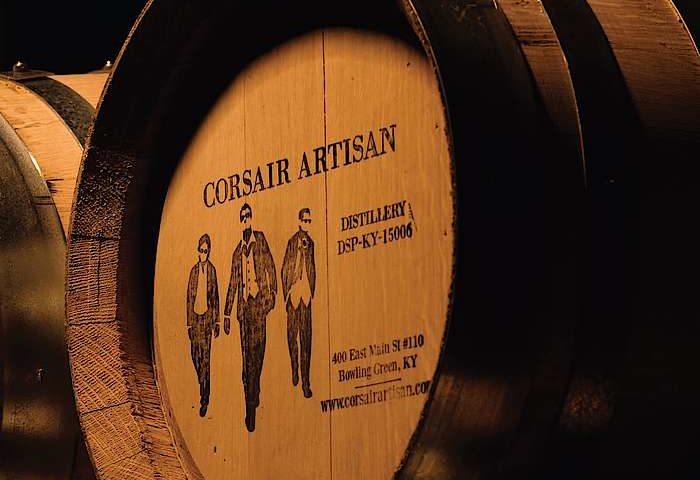 The American company invests $11 mio to build a new distillery

Wherever you look – expansion is going on in the whisky scene. Now the US American company Corsair announced plans for a massive increase in production. After completion of construction they plan to fill 70 barrels instead of 5 today.

Darek Bell and Andrew Webber founded the company in Bowling Green, Kentucky, in 2008. Their 50 gallons still produced on a 2,400 square feet site. The modern craft distillery soon was successful and customers as well as jurors of spirit contests were impressed. In 2010 most of the production was relocated to a new distillery in Nashville, Tennessee, and in 2016 a new site was added there. Those two facilities will be operated further on, but the Bowling Green plant will be closed.

The new 11,000 square feet Corsair Distillery will create 52 new jobs, not only in the production area: 60.000 barrels can be stored on site. Besides of gin, absinth, vodka and other spirits Corsair produces primarily whiskey. But this is not only Bourbon or rye whiskey but also buckwheat and quinoa whiskey and other experimental and unusual products.

Nike’s Colin Kaepernick ads created $163.5 million in buzz since it began—and it’s not all bad