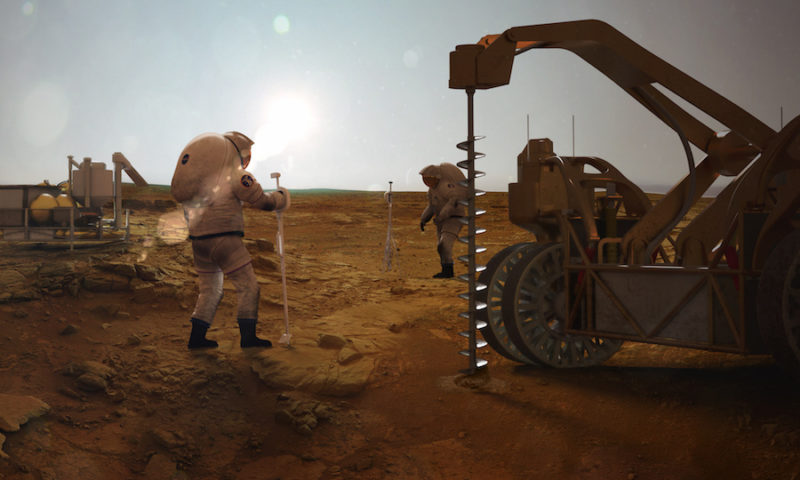 Luxembourg – One of the first countries to set its eyes on the possibility of mining asteroids, is officially launching its Space Agency (LSA) next week, which main goal will be boosting exploration and commercial utilization of resources from near Earth objects.

The tiny country, one of the euro zone’s wealthiest, already has a long-standing space industry, which played a significant role in the development of satellite communications a generation ago, including setting up SES (Société Européenne des Satellites), one of the world’s largest satellite services company.

Now the nation want to become Europe’s centre for space mining. That is why, unlike US space agency NASA, LSA will not carry out research or launches. Its purpose is to accelerate collaborations between economic project leaders of the space sector, investors and other partners, Paul Zenners, government counsellor, said in an emailed statement.

The agency, he noted, will also manage all national space programs and the relations with the European Space Agency (ESA), from which the country is a member.

No time wasted
Since early 2016, when Luxembourg officially announced an initiative to promote the mining of asteroids for minerals, progress has been made almost at the speed of light.

That year, the government reached an agreement with a US-based company, Deep Space Industries, to conduct prospecting missions for water and minerals in outer space. Both parties are currently developing Prospector-X, a small and experimental spacecraft that test technologies for exploring and mining near earth asteroids after 2020.

Shortly after, Luxembourg announced the opening of a €200 million ($232 million at today’s rates) line of credit for entrepreneurial space companies to set up their European headquarters within its borders.

The announcement was followed by the government’s acquisition of a major stake in US-based asteroid miner Planetary Resources for €25 million ($17.4 million). The goal of the investment is to help the Redmond, Washington-based firm launch its first commercial asteroid prospecting mission by 2020.

But perhaps Luxembourg’s most forward-thinking move was the passing of space mining legislation last year, which outlines the conditions companies must fulfill to obtain a licence for launching a space mining mission.

Until then only the US, under former President Barack Obama, had passed space-related regulations. In 2015, the his administration signed a law granting American citizens rights to own resources mined in space.

Globally, the only international legal body available dates back to 1967. The Outer Space Treaty, signed by the US, Russia and a number of other countries, says that nations can’t occupy nor own territory in space.

“Outer space shall be free for exploration and use by all States,” the treaty says, adding that “outer space is not subject to national appropriation by claim of sovereignty, by means of use or occupation, or by any other means.”

LSA official launch will take place on Wednesday, Sep. 12. Deputy Prime Minister, Minister of the Economy, Etienne Schneider will head the ceremony to be held in English and livestreamed on the government’s website.

Geologists believe asteroids are packed with iron ore, nickel and precious metals at much higher concentrations than those found on earth, making up a market valued in the trillions of dollars.