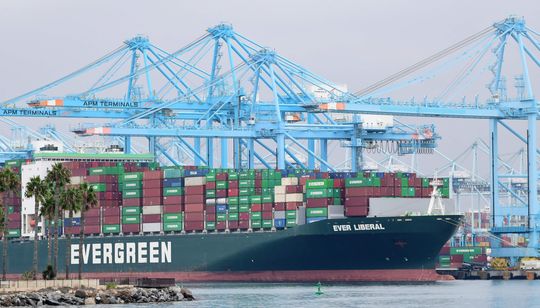 U.S. stocks closed lower Tuesday, after wavering between small gains and losses earlier in the trading session, as inflation worries appeared to weigh on sentiment ahead of the unofficial start of third-quarter earnings season.

How did major indexes trade?

It was the third, straight day of losses for all three major indexes.

With earnings season set to get under way on Wednesday, investors are worried that executives will report that supply-chain woes and inflation are chipping away at corporate profit, which could deliver a fresh hit to Wall Street sentiment.

“There’s a lot of consternation in the market right now circling around the growth outlook as it relates to the impact from higher energy prices” and bottlenecks in the global supply chain, said Jack Janasiewicz, lead portfolio strategist at Natixis Investment Managers Solutions, in a Tuesday phone interview.

“That filters right into the earnings season,” he said. “Everybody is sort of on pause waiting around to hear and see” from companies on how they’re faring amid higher costs and wages.

Earnings per share for S&P 500 constituents are forecast to grow 25% in the third quarter, according to S&P Global Market Intelligence. Second-quarter EPS grew a better-than-average 89%.

“Many companies that move or make things have been warning of profit pressures owing to rising input costs and supply chain related production shortfalls. This is reflected in prudent analyst consensus earnings per share estimates for the third quarter,” said David Bianco, chief investment officer for the Americas at DWS.

Investors will be attuned to how companies are digesting rising costs for labor and other inputs, but the hit to margins may end up being less than feared, Tom Plumb, portfolio manager of the Plumb Balanced Fund PLBBX, told MarketWatch.

“Historically, the best type of investment is when you get something that melds cyclical with secular changes,” he said. “The thing were going to continue to see is investment in productivity-enhancing software and equipment” and companies that will benefit will be those that succeed in taking “labor content out of their cost structure.”

Meanwhile, the International Monetary Fund said it now sees global growth of 5.9% this year — down one-tenth of a percent from its July forecast — and then slowing to 4.9% growth in 2022. The IMF cut its U.S. growth estimate for 2021 by 1% to 6%, its German forecast by five-tenths to 3.1% and its Canadian forecast by six-tenths to 5.7%.

“Rosy growth forecasts” are coming down, said Frank Rybinski, chief macro strategist at Aegon Asset Management, in a phone interview Tuesday. But “we don’t think the brakes are being slammed on the economy.”

In his view, the economic recovery will continue as COVID-19 cases arising from the delta variant of the coronavirus subside. “We still see above-trend growth for many quarters,” said Rybinski.

The National Federation of Independent Business early Tuesday said its optimism index slipped one point to 99.1 in September, the lowest reading since March, as small-business owners remained frustrated by shortages of supplies and skilled labor.

On the labor-market front, U.S. job openings dropped to 10.4 million in August from an unprecedented 11.1 million in July, according to a government report Tuesday. A record number of workers quit in August as businesses struggle to fill jobs.