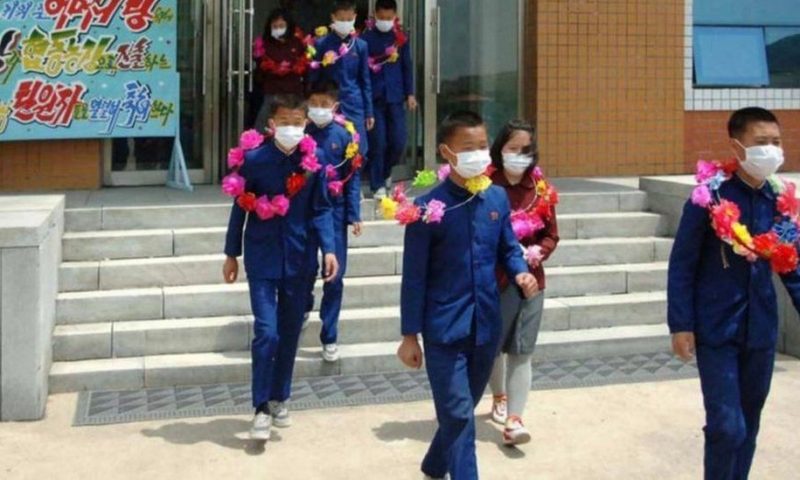 North Korean state media has claimed that orphans are volunteering to work in state-run mines and farms.

The Korean Central News Agency (KCNA) said hundreds of children “with wisdom and courage in the prime of their youth” have chosen to perform manual labour for the state.

Their ages are unclear but photos suggest they are in their teens.

In February, the BBC reported on allegations that generations of South Korean prisoners of war are being used as slave labour in North Korean coal mines to generate money for the regime and its weapons programme.

About 26 million people are thought to live in North Korea, which is ruled by a government with rigid control over all parts of people’s lives.

In April, leader Kim Jong-un warned his country to prepare for tough times ahead in a rare admission of problems. North Korea shut its borders in 2020 due to the coronavirus pandemic, shutting off trade with China – its economic lifeline.

Several reports in state media over the last week say so-called volunteers are taking up manual labour across the country.

On Saturday, a KCNA report said 700 orphans had volunteered to work at factories, farms and forests.

And on Thursday, KCNA reported that “dozens of orphan children rushed out to the Chonnae Area Coal-mining Complex to fulfil their oath to repay even just a millionth of the love the party showed”.

The 2020 US state department report on human rights practices accused North Korea of practising “the worst forms of child labour”.

According to the report, officials sometimes send schoolchildren to work “to assist in completing special projects, such as snow removal on major roads or meeting production goals”.

It also said children as young as 16 or 17 “were enrolled in military-style youth construction brigades for 10-year periods”, and suffered from “physical and psychological injuries, malnutrition, exhaustion, and growth deficiencies as a result of required forced labour”.

North Korea has repeatedly denied these allegations. Earlier this month the country accused US President Joe Biden of a “hostile policy” towards North Korea, as he prepares to release the new US strategy for dealing with Pyongyang and its nuclear programme.