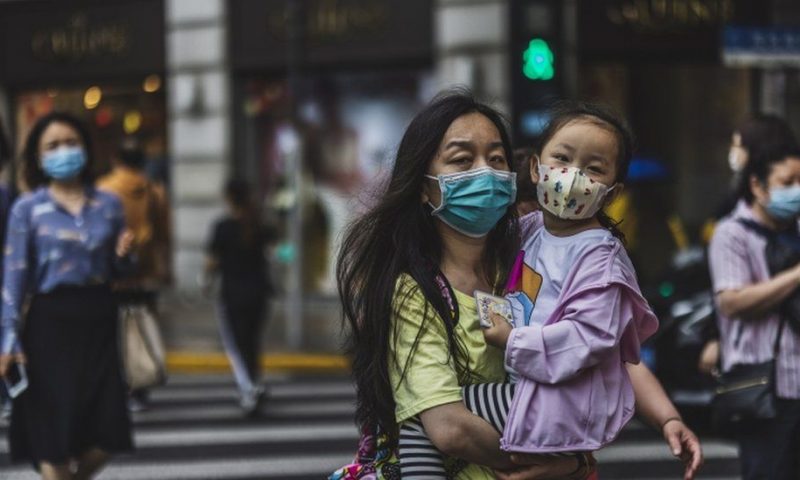 China has announced that it will allow couples to have up to three children, after census data showed a steep decline in birth rates.

China scrapped its decades-old one-child policy in 2016, replacing it with a two-child limit which has failed to lead to a sustained upsurge in births.

The cost of raising children in cities has deterred many Chinese couples.

The latest move was approved by President Xi Jinping at a meeting of top Communist Party officials.

It will come with “supportive measures, which will be conducive to improving our country’s population structure, fulfilling the country’s strategy of actively coping with an ageing population and maintaining the advantage, endowment of human resources”, according to Xinhua news agency.

But human rights organisation Amnesty International said the policy, like its predecessors, was still a violation of sexual and reproductive rights.

“Governments have no business regulating how many children people have. Rather than ‘optimising’ its birth policy, China should instead respect people’s life choices and end any invasive and punitive controls over people’s family planning decisions,” said the group’s China team head, Joshua Rosenzweig

Also, some experts were sceptical of the impact.

“If relaxing the birth policy was effective, the current two-child policy should have proven to be effective too,” Hao Zhou, a senior economist at Commerzbank, told Reuters news agency.

“But who wants to have three kids? Young people could have two kids at most. The fundamental issue is living costs are too high and life pressures are too huge.”

What did the census say?

The census, released this month, showed that around 12 million babies were born last year – a significant decrease from the 18 million in 2016, and the lowest number of births recorded since the 1960s.

The census was conducted in late 2020 – some seven million census takers had gone door to door to collect information from households.

Given the sheer number of people surveyed, it is considered the most comprehensive resource on China’s population, which is important for future planning.

It was widely expected after the census data results were released that China would relax its family policy rules.

What were China’s previous policies?

The government’s move in 2016 to allow couples to have two children failed to reverse the country’s falling birth rate despite a two-year increase immediately afterwards.

Yue Su, principal economist from The Economist Intelligence Unit, said: “While the second-child policy had a positive impact on the birth rate, it proved short-term in nature.”

China’s population trends have over the years been largely shaped by the one-child policy, which was introduced in 1979 to slow population growth.

The one-child policy also led to a severe gender imbalance in the country. The traditional preference for male children led to large numbers of girls being abandoned or placed in orphanages, or cases of sex-selective abortions or even female infanticide.

“This poses problems for the marriage market, especially for men with less socioeconomic resources,” Dr Mu Zheng, from the National University of Singapore’s sociology department, said.

Ahead of China’s latest census, experts had speculated that birth restrictions might be lifted entirely – though it appears as though China is treading cautiously.

But others said that such a move could potentially lead to “other problems” – pointing out the huge disparity between city dwellers and rural people.

As much as women living in expensive cities such as Beijing and Shanghai may wish to delay or avoid childbirth, those in the countryside are likely to still follow tradition and want large families, they say.

“If we free up policy, people in the countryside could be more willing to give birth than those in the cities, and there could be other problems,” a policy insider had earlier told Reuters, noting that it could lead to poverty and employment pressures among rural families.

Experts had warned that any impact on China’s population, such as a decline, could have a vast effect on other parts of the world.

Dr Yi Fuxian, a scientist at the University of Wisconsin-Madison, said: “China’s economy has grown very quickly, and many industries in the world rely on China. The scope of the impact of a population decline would be very wide.”

Mississippi Reckons With Ending Pay Boost for the Unemployed