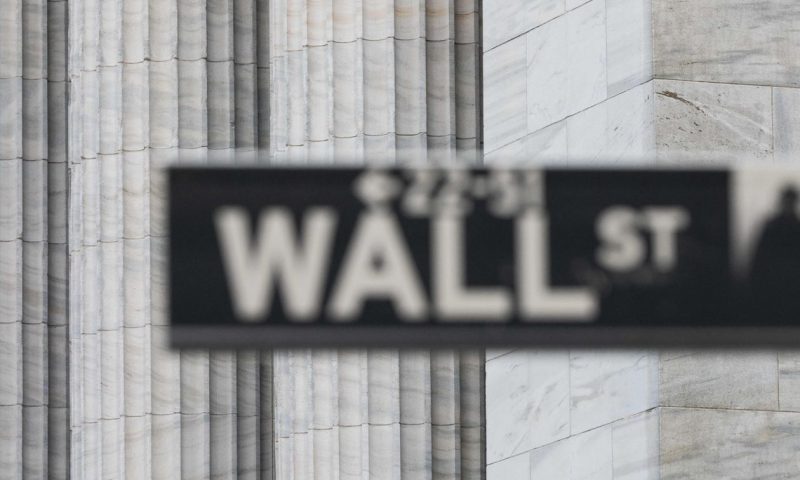 U.S. stocks fell Friday on the last trading day of the month, as one of the busiest weeks of the first quarter earnings reporting season came to a close, with investors weighing blockbuster results from most large technology companies and good economic data, while keeping one eye on expectations that strong data may cause the Federal Reserve to ease back on monetary policy sooner than it expects.

With just over a half of S&P 500 index companies reporting earnings for the quarter so far, about 87% beat market expectations, the highest level in recent years, according to Refinitiv.

“A key message from many of these tech firms is that the world is moving again, with businesses investing in areas like technology and advertising, and consumers spending,” said Russ Mould, investment director at AJ Bell, in a note. “This is fine for now but come summer and the market will be looking into 2022 and beyond and thinking more seriously about interest rate hikes following the economic recovery. That threatens to test investors’ optimism,” he said.

“The primary trend remains higher but the tug of war continues between improving economic data and earnings, and the threat of higher interest rates and higher taxes,” said Keith Lerner, chief market strategist for Truist Advisory Services. “What happens if we get a couple of months of a million jobs?”

“There’s a scenario where you could see higher taxes, even if less onerous than what’s being talked about now, even as the Fed starts to taper,” Lerner said in an interview with MarketWatch. “We are still positive for now but markets move on the margin. The fiscal spending boost is spread over many years whereas tax increases are more immediate. The risk-reward becomes a little less favorable.”

Analysts said signs of weaker manufacturing and services activity in China and recession in Europe contributed to a softer tone Friday.

China’s official manufacturing purchasing managers index declined to 51.1 in April from 51.9 in March, according to data released Friday by the National Bureau of Statistics. And the eurozone economy shrank at the beginning of 2021 for the second consecutive quarter, entering its second technical recession in a year. The dip wasn’t a surprise due to the pandemic, with growth expected to rebound as European countries get a better grip on vaccine distribution.

However, U.S. personal income jumped by 21.1% in March, after a 7.1% fall in February, while spending surged 4.2%. A core reading of personal consumption and expenditure, or PCE, inflation rose 0.4% in March for a 1.8% year-over-year rise. The employment cost index showed that wages rose 1% in the first quarter and 2.7% over the past year.

The University of Michigan said its consumer sentiment index rose to 88.3 this month from a preliminary 86.5 reading, its highest since the start of the pandemic.

Nokia earnings were surprisingly good and the stock is soaring