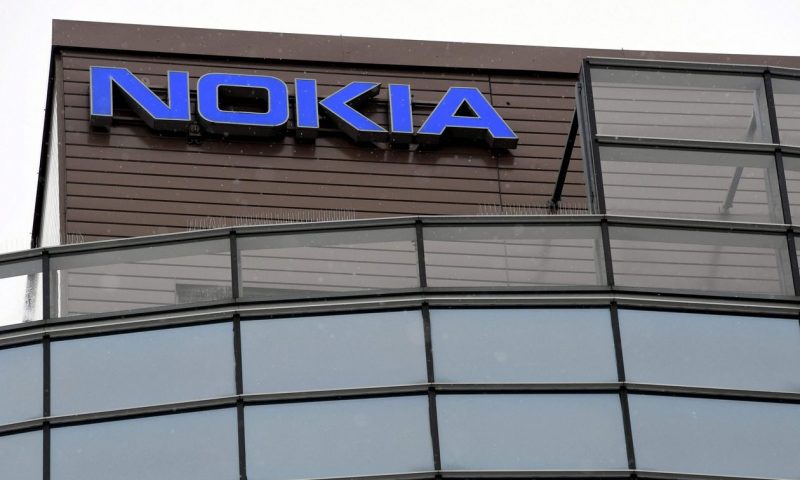 Nokia stock surged 16% in premarket trading, after the telecom group’s earnings surprised on the upside, driven by 5G growth.

The Finnish company unveiled a new strategy to streamline into four business groups in October, with new Chief Executive Pekka Lundmark promising to do “whatever it takes” to lead in the 5G space, having fallen behind in recent years. Its first-quarter earnings showed signs it may be starting to work.

Net sales rose 3% year-over-year to €5.08 billion ($6.2 billion), beating the FactSet consensus for sales of €4.75 billion. The sales beat was driven by growth in Nokia’s mobile networks unit — due to strong sales of 5G equipment — and its network infrastructure segment.

However, Lundmark warned Nokia’s typical quarterly seasonality would be less pronounced in 2021, as it continued to monitor market developments, in particular the semiconductor shortage.

The stock, a favorite among individual investors and Reddit users in recent months, has had a volatile year so far. The shares climbed 55% in the space of three days at the end of January, prompting the company to release a statement saying it couldn’t explain the rally. The stock has since retreated, but Thursday’s early surge now sees the Finnish shares 28% up year-to-date.

Nokia and its Nordic rival Ericsson ERIC, -1.29% have benefited from western countries banning China’s Huawei from 5G networks on national security grounds. But Nokia said its rate of converting its 4G footprint into 5G in 2020 was hit by shortfalls in China and North America — it notably lost out to Samsung on a $6.6 billion deal with Verizon VZ, +0.82%.

The company’s 5G conversion as of the end of the first quarter was 90%, excluding China, falling to 80% including the country. It said it was on track to meet a target of 25% to 27% market shares in 4G and 5G, excluding China in 2021.

Also: Apple Earnings Were Impressive. It Boosted Buybacks and Raised Its Dividend Too.

“It is somewhat difficult to gauge how much of this is cyclical vs structural but the company is a clear beneficiary of the Huawei sanctions and 5G infrastructure spending outside of China will accelerate,” said Dan Ridsdale, global head of technology, media and telecoms at Edison Group.

Citi analysts expected the “very strong” revenue and operating profit beat to drive significant upgrades to 2021 consensus forecasts. They noted that while the guidance remains unchanged, management said the first quarter provides a solid base for hitting the higher end of its 7% to 10% operating margin range. They maintained a neutral rating on the stock with a target price of €3.55.

This Healthcare Juggernaut Is Ready For Take Off