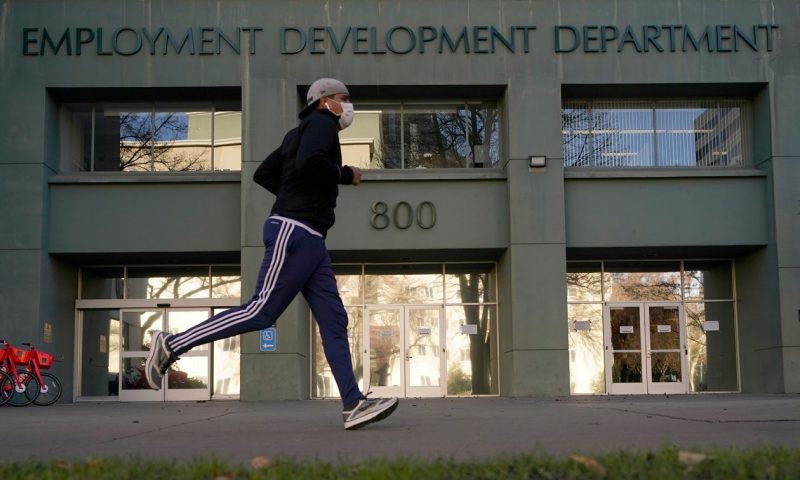 U.S. stock indexes closed down but off the session’s lows on Thursday, as investors digested economic data showing little improvement in the labor market and weighed a rise in bond yields on worries over potential inflation amid elevated commodity and energy prices.

An increasing pace of coronavirus vaccinations, declining case numbers, good quarterly corporate earnings, and hope for a better economy in the second half of 2021 have helped to lift stocks to record highs this month but investors are now finding fewer reasons to drive stocks higher.

How did stock benchmarks perform?

On Wednesday, the Dow booked its third straight record close but the S&P 500 and the Nasdaq Composite indexes finished in negative territory.

Market participants were digesting some signs of weakness in the overall U.S. economic recovery, after weekly jobless claims came in at 861,000, marking the highest level in a month and reading of manufacturing activity also fell short of expectations.

“The latest jobless claims data are consistent with the downbeat message from labor market indicators at the start of the year,” the economists wrote.

Meanwhile, a reading of manufacturing activity in the Federal Reserve’s Philadelphia region, the Philly Fed Manufacturing Index, fell to 23.1 in February from 26.5 in prior month. Any reading above zero indicates expansion in the manufacturing sector.

“Walmart, the world’s largest retailer, posted disappointing results, suggesting that the strong January for US retail sales reported yesterday may not have been enough to offset November-December weakness,” he said in a daily research note.

The U.S. economy has been showing signs of steady, if not rapid, improvement, underscored by retail sales figures, which showed a seasonally adjusted rise of 5.3% in January from a month earlier, while data on manufacturing output has been nearing its best levels in a year.

The data come against the backdrop of declining cases of coronavirus in the U.S., with the nation averaging 77,661 new cases a day in the past week, down 43% from the average two weeks ago, and so far 57.4 million Americans have been vaccinated or 17% of the population, at a rate of 1.61 million doses a day, according to data aggregated by Johns Hopkins University.

Market participants have pointed to progress on more fiscal stimulus from Congress as one cause for optimism for stock buying on Wall Street. Washington lawmakers are still negotiating the terms of the president’s $1.9 trillion COVID aid package. The Biden administration is also next month is expected to release a plan to outline his “Build Back Better” agenda that will focus heavily on infrastructure. On Wednesday, President Joe Biden laid out some elements of his plans to labor leaders.

However, bets that the economy will eventually improve sometime this year have resurrected fears of a rapid rise in inflation, pushing government bond yields higher, with the 10-year Treasury note around 1.3%, around its loftiest level in over a year. But the prospect of higher borrowing costs are overshadowing risky assets as they trade at near record highs.

Meanwhile, investors were keeping one eye trained on winter conditions that is causing millions of Americans to remain without power in places like Texas, as winter storms buffet much of the U.S. The cold weather has delivered a jolt to natural-gas prices and pushed crude-oil values to their highest levels in more than a year.

How did other assets perform?