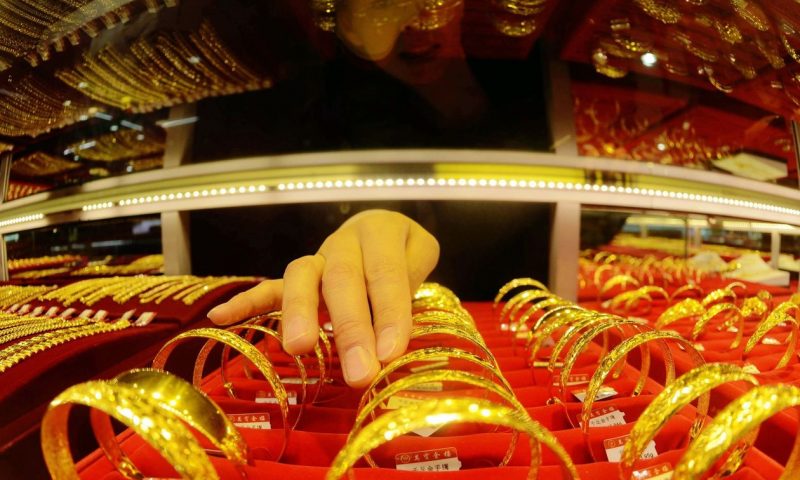 Gold and silver prices settled marginally higher Wednesday to recoup a portion of losses from a day earlier, as trading for both metals looked to stabilize after silver made sizable moves in recent sessions.

“Gold is range trading and at the moment testing out support at $1,830,” said Ross Norman, chief executive officer of Metals Daily, told MarketWatch. “Its price action, while silver rallied, was muted — suggesting sentiment in the broader complex was skeptical of silver. By that I mean the premise that there was a large silver short out there — there isn’t — and the proof of that is that there was no short covering rally.”

Precious metals settled sharply lower a day ago after the Commodity Futures Trading Commission and the CME Group said they would monitor and tighten restrictions on trade in silver, and gold, with dealers blaming individual investors for using social-media platforms like Reddit to drive futures prices in metals higher.

It was a “perform storm” for silver, said Peter Thomas, senior vice president at metals broker Zaner Metals, told MarketWatch. “Demand keeps getting bigger all over the world.”

The CME Group raised its margin requirements on silver futures to $16,500 per contract from $14,000 on Tuesday, requiring silver futures traders to put down more collateral to open a trading position. Prices dropped by more than 10% Tuesday.

“The CME acted too fast,” said Thomas. Silver prices were up only two days and they “jacked up the margins.” It’s likely that “a lot of people got nervous and bailed out” of silver futures, he said. For now, he expects silver prices to see base prices of $25 to $26 and “a little sideways action,” then prices could move higher.

Wednesday’s slight rebound for gold, however, is viewed by some market strategists as limited by a firmer U.S. dollar and rising bond yields, which can serve as potential headwinds for the assets in the short term.

“It will be interesting to see if the metal does actually break down because over the past few years it has been correlating positively with the stock markets,” wrote Fawad Razaqzada, analyst at ThinkMarkets, in a research note. “ In truth, a lot depends on the yields now,” he wrote.

Higher rates and a stronger dollar can undercut appetite for silver and gold, which don’t offer a coupon and are priced in U.S. dollars.

Gold is indeed being restrained by dollar firmness and nominal yields are also rising, said Norman, and in short, “gold is biding its time” as the market waits to see how the so-called blue wave plays out.

Bullish investors, however, make the case the accommodative policies to limit the economic harm from the COVID-19 pandemic will help to buoy gold prices in the longer term.

The economy in the U.S. was staging a recovery as highlighted by a private-sector reading from Automatic Data Processing that showed 174,000 jobs added in January, after shedding a revised 78,000 in the prior month. Economists polled by The Wall Street Journal forecast a gain of 48,000 private sector jobs in January.

However, the pace of economic recovery is slow considering the millions of jobs that have been lost from the peak of the public health crisis.

Separate data Wednesday showed that the service side of the domestic economy grew faster in January. The ISM services index rose to 58.7% from a revised 57.7% in the prior month, the Institute for Supply Management said Wednesday.