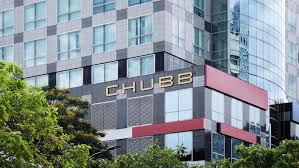 Chubb Limited is a ACE acquired Chubb in the first quarter of 2016 and assumed the Chubb name.

ACE acquired Chubb in the first quarter of 2016 and assumed the Chubb name. The combination makes the new Chubb one of the largest domestic property and casualty insurers, with operations in 54 countries spanning commercial and personal P&C insurance, reinsurance, and life insurance.

Gold, silver prices settle higher to recoup some of their recent losses