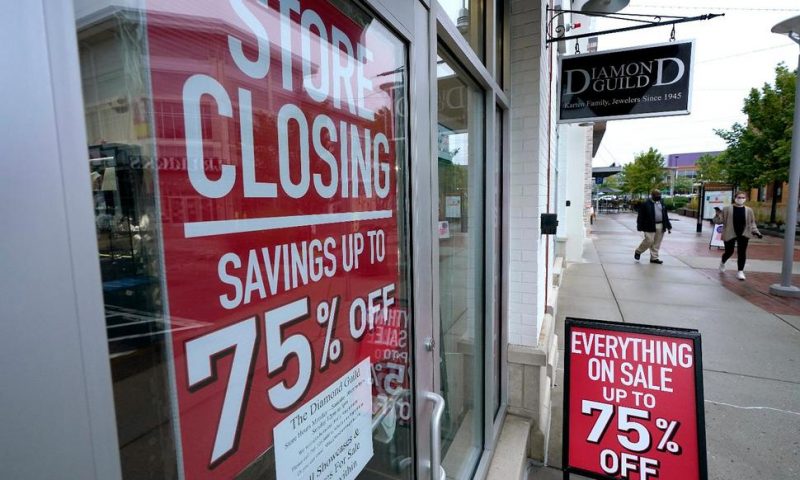 The U.S. labor market has rebounded gradually from last spring economic shutdown. The Labor Department reported Friday that employers added 638,000 jobs last month and that the unemployment rate dropped sharply to 6.9%, from 7.9% in September.

But the economy is still 10 million jobs short of what it had in February before the outbreak slammed the economy, forcing businesses to close at least temporarily. Americans, and their wallets, largely remained homebound in large swaths of the country.

A resurgence in coroanvirus cases as cold weather approaches could stall the recovery, as could Congress’ failure to pass another aid package on top of a $2 trillion rescue package in March.

“The fact that there are any help-wanted signs posted at all is remarkable given the severity and depth of this economic downturn,” Chris Rupkey, chief financial economist at the financial firm MUFG, said in a research note. “Happy days aren’t here again for jobless workers but the labor market is slowly healing day by day.”

EU Files Antitrust Charges Against Amazon Over Use of Data