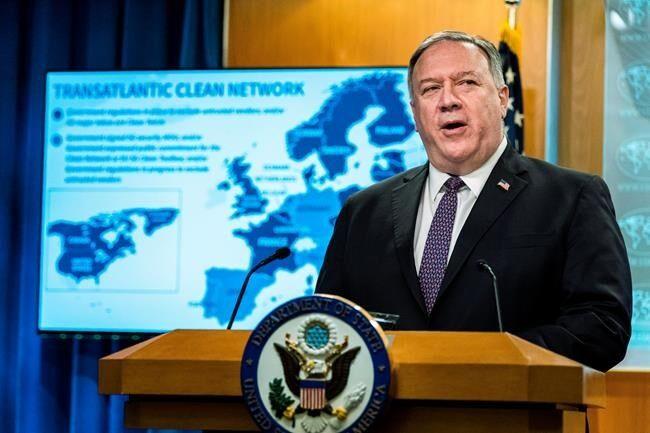 WASHINGTON – The Trump administration is hitting Chinese media outlets in the U.S. with new restrictions, a move that will further foment tensions in already deteriorating ties between the world’s two largest economies as President Donald Trump seeks to boost his anti-China credentials ahead of November’s election.

The measures announced by Secretary of State Mike Pompeo on Wednesday target Yicai Global, Jiefang Daily, Xinmin Evening News, Social Sciences in China Press, Beijing Review, and Economic Daily by requiring them to register as foreign missions, a step that includes making them identify their employees.

“They are all substantially owned or controlled by a foreign government,” Pompeo told reporters at a State Department news conference. “We’re not placing any restrictions on what these outlets can publish in the United States. We simply want to ensure that American people, consumers of information, can differentiate between news written by a free press and propaganda distributed by the Chinese Communist Party itself. They are not the same thing.”

As Trump, Pompeo and other officials have ramped up criticism of China for its handling of the coronavirus pandemic, the administration has also steadily increased pressure on Beijing’s interests in the United States. as well as imposing sanctions on Chinese officials, companies and government agencies for their actions in Tibet, Taiwan, Hong Kong and the South China Sea.

Since the beginning of the year, the administration has closed China’s consulate in Houston, indicted several Chinese citizens on espionage charges, imposed strict limits on the travel of Chinese diplomats, restricted the number of Chinese journalists allowed in the U.S. and issued stern warnings to American academic and scientific institutions over the influence of Confucius Institutes that promote educational and cultural links. Chinese state media and the Confucius Institutes have also been required to register as officials foreign government missions.