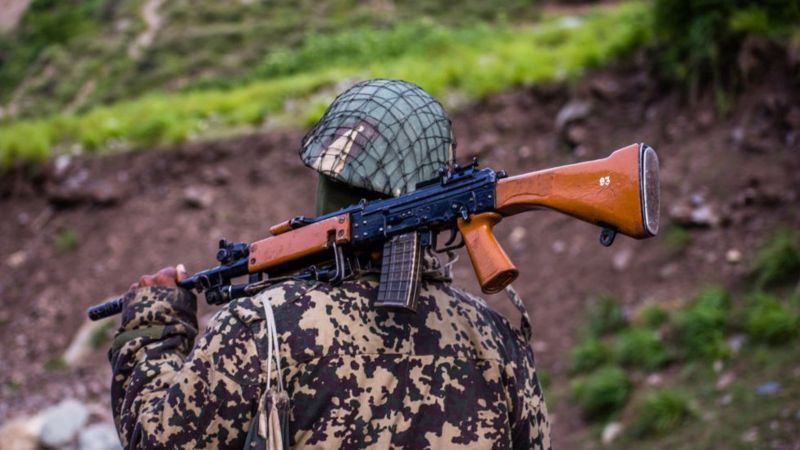 A Chinese soldier has been handed back by Indian authorities after he strayed across a contested border in the Himalayan region, army officials said.

The People’s Liberation Army (PLA) soldier was apprehended in the Demchok area of Ladakh, India said on Monday.

The soldier was disoriented and was provided medical assistance and oxygen, the army said in a statement.

Tensions have been high between the two countries since a deadly clash in a disputed area in June.

The latest incident comes after multiple rounds of military-level talks between the two sides to defuse the situation.

The Indian Army said the soldier was handed back according to “established protocols”.

Soldiers from both countries have periodically skirmished along the poorly demarcated border, called the Line of Actual Control (LAC).

Both sides have accused each other of straying into their territory, which have sometimes resulted in clashes.

This is not the first time the two sides have handed over citizens who strayed over the border.

In September, China freed five Indian nationals after they wandered across the border. India said the youths, from a state bordering China, were hunters who had accidentally strayed into Chinese territory.

Relations between the two countries had been deteriorating since June, when at least 20 Indian soldiers were killed in a skirmish in the disputed Ladakh border area. China did not comment on reports that it had also suffered casualties.

Then, in August, India accused China of provoking military tensions at the border twice within a week. Both charges were denied by China, which said the stand-off was “entirely” India’s fault.

And in early September, China accused India of firing “provocative” warning shots at its troops. India in turn, accused China of firing into the air.

The allegations, if true, would have been the first time in 45 years that shots were fired at the border. A 1996 agreement prohibits the use of guns and explosives near the border.

A few days later, India’s foreign minister and his Chinese counterpart met in Russia, where they reached an agreement to de-escalate tensions from their shared border.

Since then, several rounds of military-level talks have been conducted.

But despite several rounds of talks, the nuclear-armed neighbours have failed to de-escalate tensions.

There are several reasons why tensions have risen recently – but competing strategic goals lie at the root, and both sides blame each other.

The two countries have fought only one war, in 1962, when India suffered a humiliating defeat.