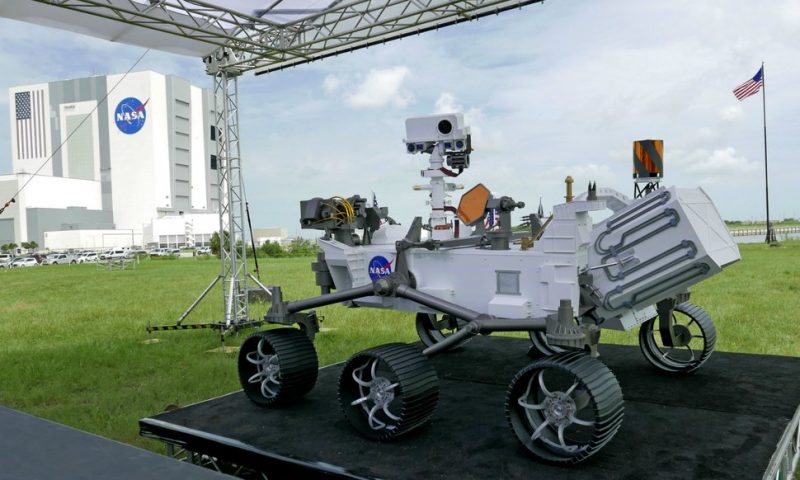 The name of the rover – Perseverance – seems especially relevant considering the mission continued through the coronavirus pandemic.

NASA’S MARS ROVER successfully launched from Florida on Thursday morning, and it now faces the harrowing, seven-month journey to the red planet where it will search for signs of past life.

The name of the rover – Perseverance – seems particularly relevant considering the mission continued through the coronavirus pandemic, which has infected more than 17 million people across the globe.

“We have a history of doing amazing things in the most challenging times, and this is no different,” NASA Administrator Jim Bridenstine said before the launch from Cape Canaveral.

The six-wheeled, car-sized rover will travel about 300 million miles to get to Mars. It is scheduled to reach the planet in February.

Once Perseverance lands on Mars, it will start collecting rock samples that could contain evidence of ancient microscopic life. However, NASA will have to wait years to retrieve the samples to be able to make that determination.

The rover holds a small helicopter named “Ingenuity” that could make history as the first human-made vehicle that has flown on another world. Bridenstine said this week that it will “transform how we think about exploring worlds in the future.”

Perseverance is also carrying cameras and microphones so researchers can see and hear what goes on at the red planet. Additionally, NASA hopes to perform a technology demonstration to turn carbon dioxide in the atmosphere of Mars into oxygen in the hopes that it could provide life support for humans traveling to the planet in the future.

Perseverance would be NASA’s ninth robot to land on Mars. Previous missions have found that water was once on the surface of the planet and that it previously had a thick atmosphere.

The launch is the last of three this summer destined for Mars. The United Arab Emirates and China successfully lifted off earlier this month. The three missions were in a time crunch to launch now because Earth and Mars are only on the same side of the sun every 26 months.