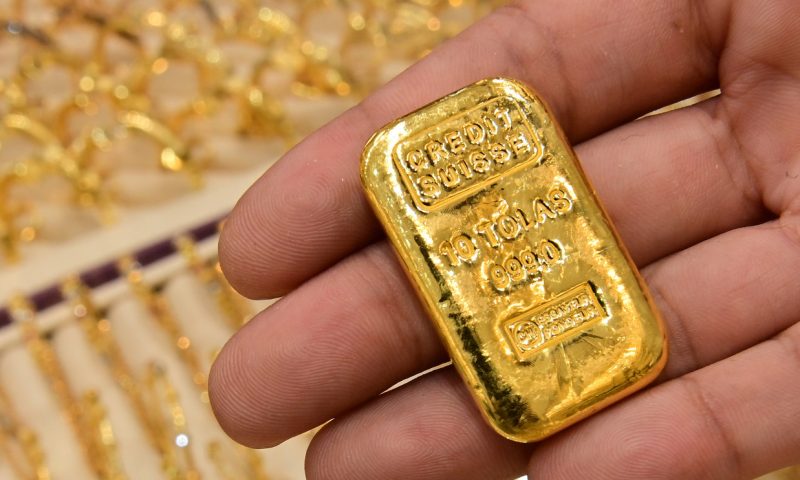 The precious metal found support Wednesday following the Federal Reserve signaling it planned to keep the low interest rate environment in place for the foreseeable future as the U.S. economy recovers from COVID-19. Benchmark federal-funds futures rates stand at a range between 0% and 0.25%.

However, some analysts make the case that gold prices may be entering a period of consolidation following a historic run-up that has been at least partly prompted by the public-health crisis, but also exacerbated by a recent bout of weakness in the U.S. dollar and the low yields being offered by government debt.

As expected and forecast, gold has reached record highs near $2,000 an ounce and silver reached multi-year highs near $26 an ounce, but prices were “due a sharp correction,” said Mark O’Byrne, research director at GoldCore, based in Dublin.

“Short-term weakness is very likely prior to a massive short squeeze that propels the precious metals to much higher levels,” he told MarketWatch Thursday. Gold is “quite likely” to climb to $3,000 in the next 12 months, and silver could rise to between $50 and $100.

“Focus on value and not price—it is important investors focus on gold and silver’s value as hedging and safe haven assets rather than their nominal price highs in dollars,” said O’Byrne.

However, global gold demand declined in the second quarter and first half of this year overall, but demand for gold as an investment climbed to a record as exchange-traded-fund holdings reached an all-time high by the end of June, according to a report from the World Gold Council published Thursday.

Gold’s behavior in the first half of 2020 was “simultaneously expected and remarkable,” said Juan Carlos Artigas, head of research at the World Gold Council, in a statement. “What is notable is the record-breaking ETF inflows and price performance even as stocks somewhat rallied, a clear indication that investors are increasingly embracing gold as both a tactical and strategic portfolio asset.”

Gold and silver failed to get a boost in the wake of the latest data on U.S. jobless claims and the economy’s GDP on Thursday.

A first reading on U.S. gross domestic product for the second quarter, released Thursday, confirmed the pandemic pummeled the economy. GDP fell at a 32.9% annualized pace, the Commerce Department said, a bit better than the 34.6% annual decline forecast in a MarketWatch survey, but still the worst in history.

Separately, first-time claims for unemployment benefits rose slightly last week, to 1.43 million from an upwardly-revised 1.42 million, while continuing claims also rose to 17 million in the week ended July 18, suggesting the economic recovery from the pandemic may be stalling.

COVID-19 is “not as much of a threat to people as the coming economic depression, which will devastate our already vulnerable health systems and societies,” said O’Byrne.

“History shows, we shall overcome the coming tough times as human beings are resilient and dynamic,” he said. “Those who own precious metals, will survive and many will thrive despite the coming depression.”

“The trading range in the palladium market so far this week has been very extensive and fresh significant damage…leaves the bear camp in control,” analysts at Zaner Metals wrote in a Thursday note. “Therefore, the charts favor the bear camp in palladium with the market seemingly falling back into a classic physical/industrial commodity stance fearful of further economic deterioration.”