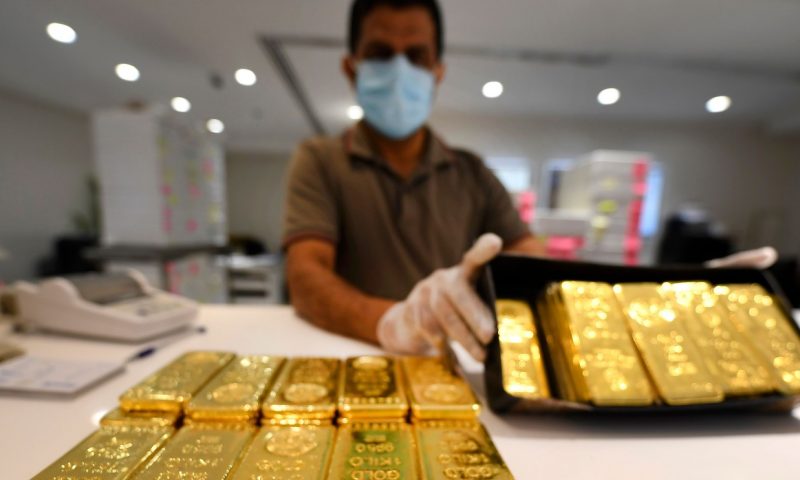 Gold prices settled higher Wednesday for a second session, as economic stimulus measures boosted demand for the precious metal against the backdrop of economies attempting to reopen from the COVID-19 pandemic.

Futures prices for the metal then extended the gains from the settlement after minutes from the Federal Open Market Committee’s April meeting showed that Fed officials discussed being more explicit about the future path of interest rates. The Fed’s benchmark interest rate stands in a range from 0 to 0.25%, but negative interest rates would be a boon for precious metals.

“We are seeing with both gold and silver is precious metals continuing to respond positively to central bank and government stimulus, particularly [Federal Reserve Chairman Jerome Powell’s] recent comments about using all the tools at his disposal,” said Colin Cieszynski, chief market strategist at SIA Wealth Management.

During testimony to the Senate Banking Committee Tuesday, Powell said “we need to be prepared to act further and I would say we are, if the need is there.”

“As hard currencies, gold and silver continue to be seen as a store of value in a time when central bank stimulus programs are increasing the supply and reducing the value of paper currencies,” Cieszynski told MarketWatch.

Gold prices may soon climb to a fresh record. Mark O’Byrne, research director at GoldCore, sees “all time record gold prices in dollar terms in the coming weeks and by the summer.” Most-active gold futures saw a record settlement of $1,891.90 on Aug. 22, 2011, according to Dow Jones Market Data

“Gold has already reached all time record highs in euros, pounds and many other fiat currencies in recent days and given the appalling outlook for the U.S. economy and the U.S. fiscal position,” O’Byrne said.

Prices for the yellow metal had posted a decline on Monday after a report from Moderna pointed to progress with an experimental vaccine for the novel strain of coronavirus that has infected nearly five million people globally. However, a report from STAT News on Tuesday raised some doubts about the prospective remedy for the viral outbreak, providing some lift for bullion.

“Speculators do blow things out of proportion the moment they get any news about a coronavirus vaccine,” wrote Naeem Aslam, chief market analyst at AvaTrade, in a Wednesday note. “But, when the optimism fades and reality becomes apparent, investors are left with no option but to hedge their bets,” he wrote.

In a report issued this week, Metals Focus said it expects palladium to rally in the second half of this year as “stimulus-driven demand recovery restores market tightness.” It forecasts a 2020 price average for the metal of $2,275, which would mark a year-over-year rise of 48%.

Americans use their $1,200 stimulus checks to splurge at Walmart and Target — here’s what they’re buying