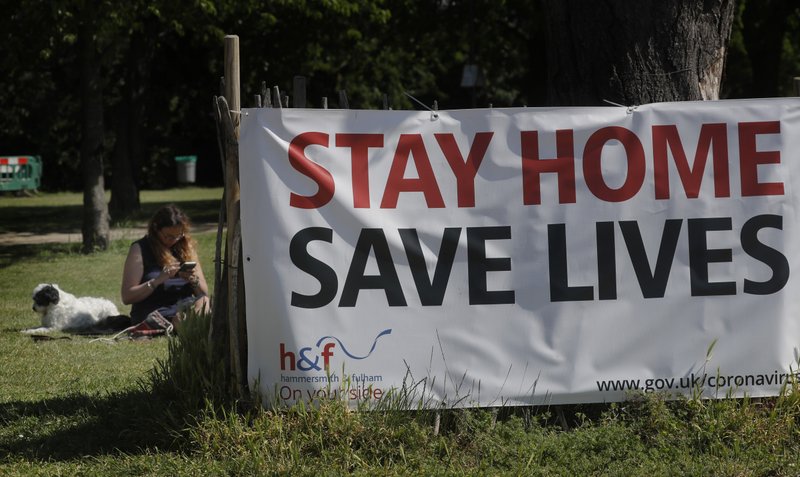 An influential group of British lawmakers has accused Prime Minister Boris Johnson’s government of failing to conduct enough tests for the new coronavirus.

As official statistics revealed more than 11,000 coronavirus deaths in British nursing homes, the House of Commons’ Science and Technology Committee said “testing capacity has been inadequate for most of the pandemic so far.”

U.K. authorities initially sought to trace and test everyone who had been in contact with people infected with the coronavirus. But they abandoned that strategy in mid-March as the number of infections overwhelmed the country’s testing resources.

The government’s deputy chief scientific adviser, Angela McLean, acknowledged that the March 12 decision was driven by capacity and not merely science.

“The advice that we gave certainly took account of the testing that was available,” she told a news conference. “It was the best thing to do with the tests that we had.”

Johnson’s Conservative government has faced growing criticism as Britain suffers one of the world’s worst coronavirus death tolls. The government’s official tally of deaths among people who tested positive for the virus stands at 35,341, second only to the U.S. When suspected as well as confirmed cases are added, the toll is well over 40,000.

More than 11,000 of those deaths occurred in nursing homes in England and Wales, according to figures compiled by the Office for National Statistics.

Clark, a lawmaker from the governing Conservative Party, said the “pivotal” decision in March to stop testing for the coronavirus outside of hospitals meant that nursing home residents and staff weren’t tested “at a time when the spread of the virus was at its most rampant.”

The country’s testing capacity has now been scaled up to more than 100,000 tests a day, and the government plans to reintroduce a “test, track and trace” policy as part of plans to control the virus and ease a nationwide lockdown that was imposed March 23.

But the science committee also said that “it is not clear that the lessons of the delays to testing have been learned.” It called for authorities to publish the evidence that led to the decision to abandon community testing in March.

The lawmakers said that the failure of Public Health England, the body responsible for testing, “to publish the evidence on which its testing policy was based is unacceptable for a decision that may have had such significant consequences.”

Figures released Tuesday also revealed the economic toll of the pandemic in Britain. The statistics office said that unemployment claims in Britain jumped 69% in April, after the country went into lockdown to slow the spread of the coronavirus. Jobless claims surged by 856,000 to 2.1 million in April compared to the month before.

Economic figures for May are likely to be even more stark and Treasury chief Rishi Sunak downplayed the chances of a swift recovery after the lockdown lifts.

“We are likely to face a severe recession the likes of which we have never seen,” he said.