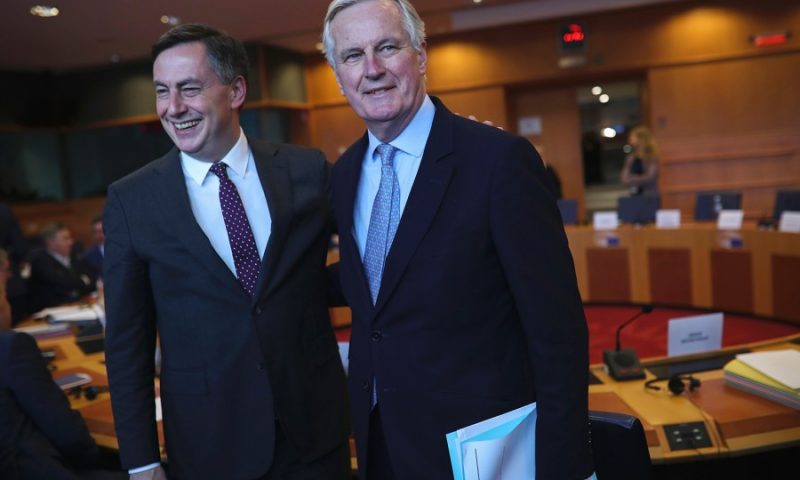 The British government has published the outlines of a new post-Brexit tariff regime that could potentially lead to a fall in the price of thousands of products, including Christmas trees, cocoa and fridges.

LONDON — The British government published Tuesday the outlines of a new post-Brexit tariff regime that could potentially lead to a fall in the price of thousands of products, including Christmas trees, cocoa and fridges.

The Department for International Trade said the new regime will see tariffs eliminated on 62 billion pounds ($76 billion) of imports. Called the U.K. Global Tariff, it will apply to all countries that the U.K. does not have a trade agreement with.

However, tariffs on industries such as agriculture, automotive and fishing are remaining as an attempt to protect them against competition.

The U.K. Global Tariff will replace the European Union’s external tariff on Jan. 1, when the country is formally due to exit a transition period aimed at smoothing its departure from the bloc earlier this year. During this period, which British Prime Minister Boris Johnson insists will not be extended, the U.K. remains part of the EU’s tariff-free single market and customs union.

Under the new tariff plan, the U.K. will see 60% of trade come in tariff-free, compared with 47% currently.

However, the proportion could increase further if the U.K. strikes a trade deal with the EU or the U.S. Talks between the U.K. and EU have made little progress so far and fears are growing within business circles that there won’t be a deal and tariffs will have to be slapped on trade between the two, which would be an additional hefty cost on top of the coronavirus pandemic.

While welcoming aspects of the new plan, business lobby groups are worried about how the trade talks with the EU are going. The EU accounts for around half of all U.K. trade, so it is consequentially more important for the British economy.

“Crucially, firms’ number one priority is for the government to strike a deal with the EU and (ensure) continuity of existing trade deals,” said Josh Hardie, deputy director general of the Confederation of British Industry.

Britain also published Tuesday its proposals for future relations with the EU, including a 291-page draft free-trade agreement. The two sides have until the end of the year to strike a deal but remain far apart on key issues from fisheries and competition to the role of courts in overseeing future disputes.