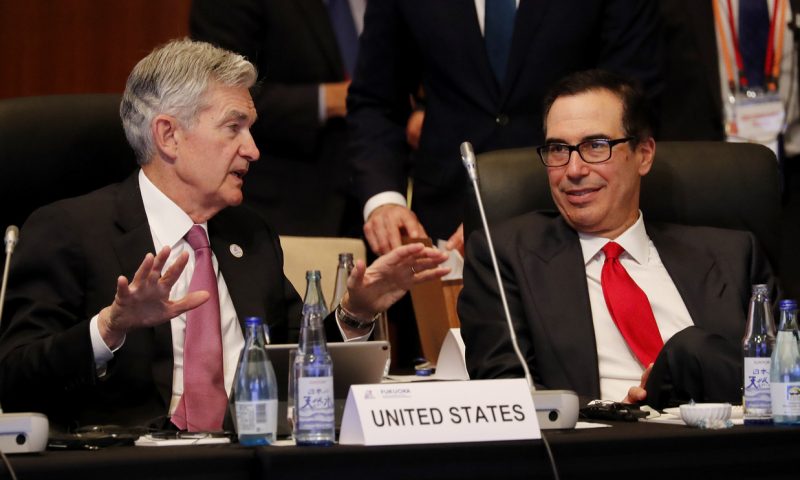 U.S. stock-index futures indicated a lackluster start of trade Tuesday, following the best day for the S&P 500 and the Dow since early April. Wall Street will be watching for congressional testimony from Federal Reserve boss Jerome Powell and Treasury Secretary Steven Mnuchin.

How are benchmarks trading?

Powell and Mnuchin are set to appear via videoconference before the Senate Banking Committee at 10 a.m. Eastern as part of testimony required by the $2 trillion economic-relief package that is intended to provide assistance to small businesses and individuals who have been put out of work due to lockdown protocols in place due to the COVID-19 pandemic.

The Fed boss already has suggested that lawmakers, rather than monetary-policy makers, need to do more to support an economy that is likely in the throes of a deep recession as a result of actions taken to curtail the spread of the viral outbreak.

“As a society, we should do everything we can to provide relief to those who are suffering for the public good,” Powell said in prepared remarks.

Markets on Monday showed signs of ebullience as markets hung on the more upbeat portions of statements made by Powell during an interview with CBS’s “60 Minutes,” in which he said he expects the economy to start to improve in the second half of 2020. Mnuchin also has expressed some optimism about a recovery taking hold in the last six months of the year.

The testimony comes a day after markets surged higher amid an upbeat report from Moderna Inc. MRNA, +19.95%, which said it was optimistic about a vaccine candidate that had produced antibodies in phase-one clinical trials.

In economic news, a report housing starts for April are due at 8:30 a.m., and an update on retail sales will be released at 10 a.m. Powell and Mnuchin will be the main attraction for the day, but Boston Fed President Eric Rosengren also speaks at 2 p.m.