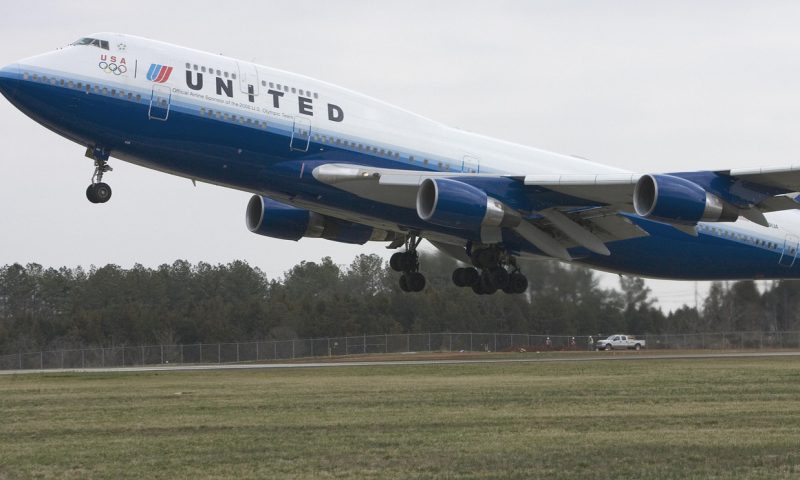 Shares of airlines soared Monday, as upbeat TSA data and analyst commentary added to the optimism that a post-COVID-19 pandemic recovery may have already begun.

The rally in the sector comes with many stocks bouncing off multiyear lows, and as part of a surge in the broader stock market.

The U.S. Global Jets exchange-traded fund JETS, +11.58% shot up 11.6% in afternoon trading with 31 of 33 equity components gaining ground. The rally comes after the ETF tumbled 12% last week to close Friday at the lowest price since inception in April 2015.

Meanwhile, the Dow Jones Transportation Average DJT, +7.24% , which includes the above three stocks and three other airline components, hiked up 7.2%, while the Dow Jones Industrial Average DJIA, +3.85% powered up 912 points, or 3.9%.

Helping spark some investor enthusiasm, the Transportation Security Administration’s (TSA) latest data showed that for the week ended Saturday, an average of 205,010 travelers per day went through TSA checkpoints, according to a MarketWatch analysis of TSA data. While that’s down 91.5% from a year ago, it marked the fourth-straight week that the daily average increased and the year-over-year decline decreased.

On Sunday, TSA said the total travel throughput was 253,807, which was the highest daily total since March 24. The daily average for the weeks ended Saturday has so far bottomed at 95,674 for the week ended April 12.

Raymond James analyst Savanthi Syth said the signs of “incremental improvements in demand” comes as news of Warren Buffett’s Berkshire Hathaway Inc. selling all of its airline stocks, Boeing Co. Chief Executive David Calhoun predicting a major airline bankruptcy this year and United’s recent failed debt raise “have left investor sentiment in the sector in shambles.” She interpreted all of the negative news and sentiment as “silver linings” for the stocks’ outlook.

Syth said data on fares of both business and leisure flights appear to have bottomed in mid-March, and appeared to stabilize at slightly higher levels in April.

“The gradual improvement in fares has continued well into [the first half of] May with sequentially improving levels from [the second half of] April, which fits with the narrative of some semblance of demand returning, albeit of an extremely low base,” Syth wrote in a note to clients. “An uptick in fares is consistent heading into the ‘peak’ summer travel season.”

Investors can expect some more news on industry demand as representatives of a number of airlines are expected to present at Wolfe Research’s Global Transportation and Industrials Conference beginning on Tuesday.