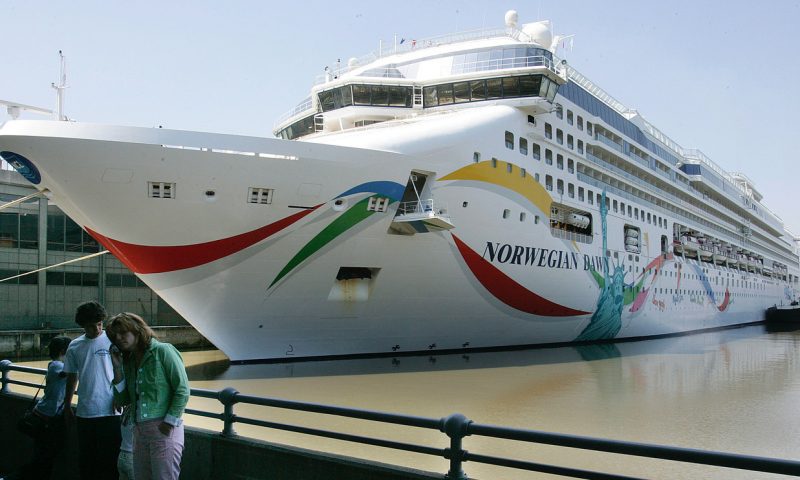 An early rally in Norwegian Cruise Line Holdings Ltd. stock faded on Wednesday, even as a number of Wall Street analysts affirmed their bullish calls after additional financing was announced by the cruise operator while they played down the “going concern” warning and equity dilution.

On Tuesday, the stock plunged 22.6% on record volume of 156.0 million shares after Norwegian warned that there was “substantial doubt about the company’s ability to continue as a going concern” because of the suspension of cruises and drop in advanced bookings amid the COVID-19 pandemic, and given its debt maturities over the next year, “assuming no additional financing or other proactive measures.”

That warning overshadowed a series of debt and equity financing transactions Norwegian announced that it said would leave it with enough liquidity to withstand “well over 12 months” of cruise suspensions.

Shares of other cruise operators also reversed course intraday Wednesday, with Royal Caribbean Cruises Ltd. RCL, -2.93% falling 2.9% after being up 3.5% earlier, and Carnival Corp. CCL, -2.06% erasing an intraday gain of as much as 3.8% to close down 2.1%.

On Wednesday, Wedbush analyst James Hardiman reiterated his outperform rating and stock price target of $26, which is 134% above current levels. He suggested that investors seemed to overreact to the “going concern” language, even though that proved unnecessary given additional financing was secured in a “big way,” and to the “material” equity dilution and interest expense associated with the transactions.

“What seems to be getting missed is that the company now has the cash in place to survive until mid-to-late 2021 even under a worst case net cash outflow scenario,” Hardiman wrote in a note to clients.

Although he remains “bearish” on when the cruise industry can get back to “normal,” he said Norwegian is now in sound position under a majority of plausible scenarios.

He reiterated his buy rating and $23 price target, which is 107% above current levels.

Regarding the “going concern” risk, Curtis said he believes the company lawyers advised it to add the warning ahead of the financing deals.

The average rating of the 17 analysts surveyed by FactSet remains at the equivalent of overweight, while the average price target of $25.69 is 131% above current levels. None of the analysts FactSet surveyed have a bearish view on the stock.

Analyst Patrick Scholes had one of the higher price targets on the Street at $45, which implies a four-fold rally from current levels. He reiterated his buy rating, saying he estimates the financing transactions have increased the time the company could survive with zero revenue to about 20 months from his previous estimate of 10 months.

Meanwhile, Royal Caribbean shares have shed 73.0% this year and Carnival’s stock has tumbled 74.8%.