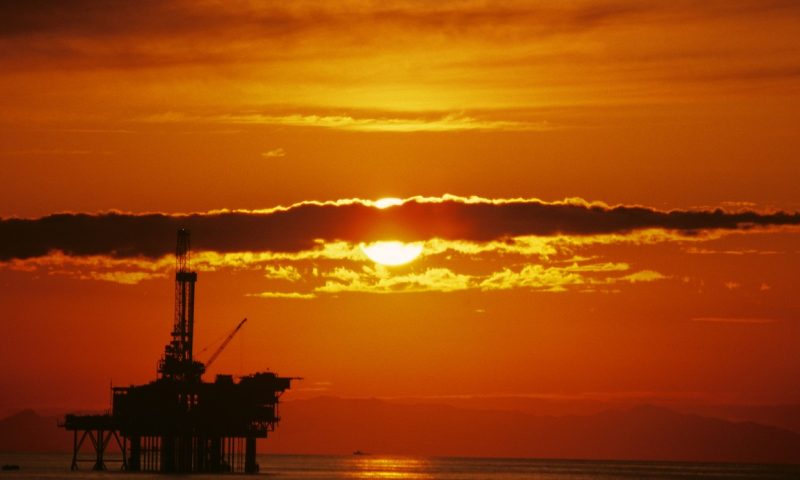 The build in weekly U.S. crude inventories reported by the Energy Information Administration was smaller than anticipated, while the Energy Department continued to buy oil for the Strategic Petroleum Reserve and “at a faster pace week-over-week,” said Tyler Richey, co-editor at Sevens Report Research. The EIA reported a rise of 1.7 million barrels in the SPR to 637.8 million barrels last week.

“Those figures caused a knee-jerk rally when the number hit, but an unexpectedly large build in distillate stocks offset a modest draw in gasoline, which triggered a wave of profit taking across the energy space after a massive, more than 100% rally in WTI over the last week,” Richey told MarketWatch.

On Tuesday, WTI finished nearly 21% higher, marking its highest close for a most-active contract since April 17, as investors keyed in on signs of slowdown in production and the ease of business lockdowns across the globe that suggested that demand might yet return as economies recover from the coronavirus pandemic.

The EIA reported Wednesday that U.S. crude inventories rose 4.6 million barrels for the week ended May 1. The data, which excludes changes in the SPR, marked a 15th consecutive weekly rise, but was smaller than the average increase of 7.1 million barrels forecast by analysts polled by S&P Global Platts.

The American Petroleum Institute on Tuesday reported a climb of 8.4 million barrels in weekly crude stocks.

There is still room to go before Cushing is filled to capacity, said Phil Flynn, senior market analyst at The Price Futures Group, but it will be filled in “a couple of months.”

He said he believes “weekly members haven’t really reflected the entire pullback in the U.S. energy production,” but it’s definitely on a “downward slope.”

While crude prices over the past several sessions have been supported by hopes for an increase in demand, along with some signs of a slowdown in production, supply remains burdensome and storage facilities are close to full, industry experts cautioned.

“Oil prices have been on a rally in the last few days, as enthusiasm was plenty among traders that the OPEC+ cuts, the existing shut-ins and some demand rebound would be enough to already justify a market recovery,” wrote Bjornar Tonhaugen, head of oil markets at Rystad Energy, in a daily research note. He referred to voluntary output cuts by U.S. oil firms and an agreement by the Organization of the Petroleum Exporting Countries and its allies to cut 9.7 million barrels a day in crude through the end of June that took effect on May 1.

“Demand, which indeed now is on the recovery road, is not yet enough to balance the produced oil and that oil has to go somewhere,” he wrote, advocating for prudence by investors.

That increase came ahead of the start of the OPEC+ production-cut pact.

Under that agreement, 10 OPEC countries committed to a production ceiling of 20.6 million barrels per day for this month and next, so those members will need to slash their output by 7.47 million barrels a day, according to S&P Global Platts.

Meanwhile, energy experts parsed a grim report on the U.S. labor market, underscoring the economic damage from the COVID-19 pandemic, which has weighed on demand expectations for crude.

Private-sector companies shed a whopping 20.2 million jobs in April as many were forced to shutter during a shutdown in much of the U.S. to slow the coronavirus, according to data from Automatic Data Processing.

Elsewhere on Nymex, natural-gas futures fell back by nearly 9%, looking to erase their gain from Tuesday, when prices got a boost from reports of an explosion in a gas pipeline in Kentucky.