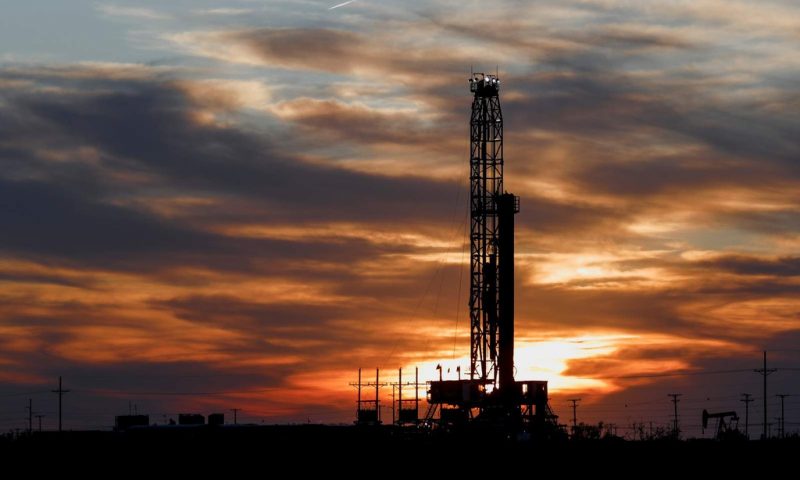 Texas regulators are relaxing rules about where companies can store oil underground.

NEW YORK — Texas regulators are relaxing rules about where companies can store oil underground, raising concern among environmentalists about potential groundwater contamination and other dangers.

The members of the Railroad Commission of Texas voted Tuesday to allow companies to store oil underground in places other than salt caverns, which are considered better at preventing leaks than other geological formations.

“This order does not suspend any rule that protects public safety, health or the prevention of pollution,” said Wayne Christian, chairman of the Railroad Commission of Texas, in the live-streamed meeting. “All it does is allow operators to begin storing crude oil in all formations where it may make sense to do so.”

The shift aimed to help oil producers whose wells are spewing far more crude than the world can use after the coronavirus pandemic gutted global demand for jet fuel and gasoline. Producers are running out of spaces to store the oil, leading some to pay traders to take oil off their hands as prices cratered more than 60% and tanks filled up.

But environmental groups warn that the surprise rule change, which was approved by regulators before the public had a chance to review it, could lead to serious environmental consequences.

“Using underground caverns, especially underground caverns that are not salt, where there’s no barrier to prevent the liquefied oil or natural gas from leaking into aquifers, is incredibly dangerous, especially in a place like Texas,” said Emma Pabst, global warming solutions associate for Environment Texas. It could risk contaminating the Edwards Aquifer, a drinking water source for 2 million people in Texas, she said.

Commissioner Ryan Sitton said he had received a copy of the proposal the day before the meeting. Nevertheless, he supported the proposal, which passed 3-0.

“I want to make sure we’re being cautious. It sounds like you are,” Sitton said, addressing the other commissioners. “And it’s great that we’re moving quickly and allowing some additional storage quickly, but I don’t want to hear a story in three months of how we put oil in some sort of cave somewhere and we ended up having groundwater pollution.”

Under the new rule, which was suggested by a new task force of industry groups, companies that apply to do underground storage need to show that the formation is confined to prevent the waste or uncontrolled escape of crude oil, Christian said. The exemption will last for a year, and oil will have to be removed from the wells within five years.

“It’s somewhat unprecedented, but I think it is exciting that we’re affording as much opportunity as possible in this emergency situation,” Christian said.

The commissioners also voted to waive various fees and surcharges that producers typically pay. That decision could lead to millions of dollars in lost revenues that were used to hire inspectors and enforce environmental regulations, said Cyrus Reed, interim director of the Lone Star Chapter of the Sierra Club.

“If you don’t have enough cops on the beat to see that laws are being broken … then you might say we don’t have a problem,” Reed said. “Same thing with environmental rules.”

The commission also discussed a proposal to enact a coordinated production cut to help ease oversupply, but they killed the proposal, in part because producers were already slashing production. Texas produces about 40% of the oil in the United States, and about 5% of the oil in the world.

Philip Verleger, a longtime energy economist, estimates U.S. production has already fallen to 8.5 million barrels per day, down from 12.4 million barrels a day in February. He based his estimate on refinery runs, exports and other data.

“Production is already shut down,” Verleger said. “They don’t really need to do it. It’s been done more brutally by the market.”

In Push for Normalcy, Industries, Nations Test the Waters