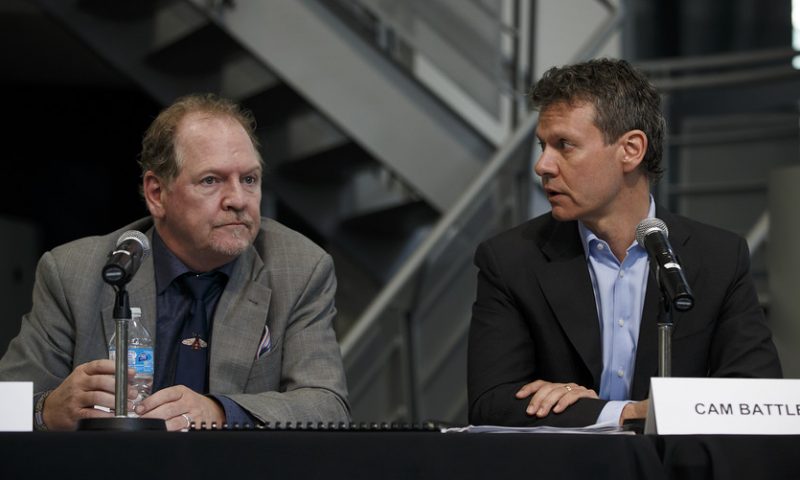 Aurora Cannabis Inc. late Thursday said that Chief Executive Terry Booth is retiring amid “sweeping changes” for the Canadian licensed producer, the latest pot company to cut costs amid a cash crunch in the sector.

Aurora outlined a “business transformation plan” in a lengthy statement that detailed job cuts and large cuts in the valuation of some assets that the company expects to recognize when it reports fiscal second-quarter 2020 results in February. Aurora’s U.S.-listed shares ACB, -5.60% ACB, -5.16% fell more than 16% in premarket trade Friday, tracking their late-Thursday losses, which came after being halted for news Thursday afternoon while down 5.6% at C$2.67, or $2.

The company said it has eliminated about 500 full-time staff positions, or roughly 17% to 18% of its workforce — Aurora said in September it had 2,779 employees as of the end of June 2019, and had grown to 3,000 workers into the fall. Aurora plans to record asset-impairment charges of C$190 million to C$225 million and write-downs of C$740 million to C$775 million, and said it would bring capital expenditures under C$100 million for fiscal 2020.

Aurora also detailed preliminary second-quarter fiscal 2020 financial results, saying it expects cannabis revenues between C$62 million and C$66 million for the quarter, net of excise taxes. That would be a sequential decline from net cannabis revenue of C$70.8 million; analysts on average were expecting total net revenue of C$78.8 million, according to FactSet.

Regarding the charges and write-downs, Aurora said that thanks to slower growth for pot companies and “current cannabis market conditions” it reviewed “all business operations and concluded that certain assets and goodwill values as at Dec. 31, 2019 exceed current fair-market valuations.”

Aurora Chief Financial Officer Glen Ibbott said in the statement that the assets impaired are primarily in South America and Denmark, and the company’s “core Canadian cannabis assets are not impacted by these noncash asset impairment charges.”

The company said it would focus on “core areas” such as the Canadian consumer market, the Canadian medical marijuana market, established international medical markets, and U.S. market initiatives. That statement and the write-downs suggest that Aurora will largely give up on international ambitions beyond the U.S. The company has established operations in Europe and South America.

“We believe that the long-term opportunity for Aurora remains very compelling, despite a slower-than-anticipated rate of industry growth in the near-term,” Ibbott said. “We also believe our approach to rationalizing the business and conservatively improving our balance sheet positions Aurora in a more stable position for sustainable growth going forward.”

Aurora said it expects “record provisions” for returns, price reductions and future provisions of approximately C$12 million, almost all of which relates to product sold in previous quarters. Aurora said it expects to keep expenses between C$40 million and C$45 million a quarter by the end of fiscal fourth-quarter 2020. Aurora is expected to report full fiscal second-quarter results on Feb. 13.

The news of Booth’s departure comes less than two months after the company announced the departure of Chief Commercial Officer Cam Battley, the man widely viewed as the face of the company and a potential successor to Booth. Booth will remain a strategic adviser to the board, and a search for a permanent successor is underway, Aurora said in the statement. Two independent directors will join Aurora’s board for a total of 10 members, including seven independents, it said.

Severance and other one-time charges related to the cost-cutting are expected to range between C$2 million and C$4 million, to be mostly incurred by fiscal second and third quarters, Aurora said.

“These combined changes are consistent with, and evidence of Aurora’s commitment to, achieving positive Ebitda and cash flow as rapidly as possible, while still maintaining the ability to capitalize on longer-term Canadian and global cannabis market opportunities,” the company said.

Aurora has lost 74% of its value in the past 12 months, after repeatedly failing to meet its own financial targets. Analyst downgrades, a controversial convertible bond exchange that was highly dilutive for shareholders and reports of insider selling have further weighed on sentiment.

Jefferies analyst Owen Bennett downgraded the stock to hold from buy after Battley’s departure and said the company has lost the trust of investors after repeatedly promising one course of action and then immediately choosing another.

Like its rivals, Aurora has struggled to become profitable following a rocky rollout for legal cannabis in Canada, with red tape hampering the creation of a network of retail stores and allowing the black market to thrive.

With companies unable to get their product to customers, revenue numbers have disappointed investors and cash piles have dwindled, forcing companies into some desperate measures to raise capital. Many have resorted to measures such as the sale and lease-backs of real estate, or have canceled or revised the terms of previously-agreed deals.

The job-cut news comes just days after rival Tilray Inc. said it was laying off 10% of its workforce, a move that Bennett welcomed on Thursday.

“Both companies have a relatively clouded path to profitability right now, very large operational footprints, a history of aggressive investments, and will likely need to raise capital in the near future (in our view),” Bennett and Jefferies analyst Ryan Tomkins wrote in a note to clients. “With many factors impacting sales/gross margins arguably less able to be controlled, opex (operating expense) rigor can be a key to profitability.”

Why AMD’s best days are behind it