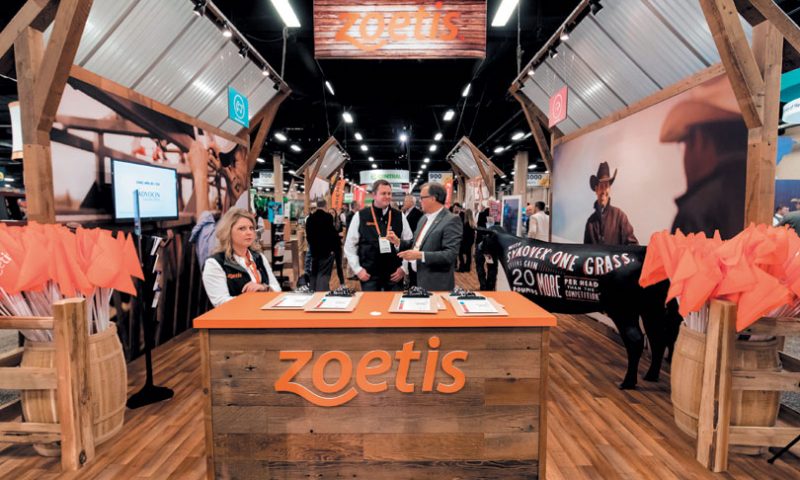 IBM Retirement Fund reduced its position in Zoetis Inc (NYSE:ZTS) by 3.4% in the fourth quarter, according to its most recent disclosure with the Securities and Exchange Commission. The firm owned 8,346 shares of the company’s stock after selling 291 shares during the quarter. IBM Retirement Fund’s holdings in Zoetis were worth $1,105,000 at the end of the most recent quarter.

Zoetis (NYSE:ZTS) last issued its earnings results on Thursday, November 7th. The company reported $0.94 earnings per share for the quarter, topping the Zacks’ consensus estimate of $0.88 by $0.06. Zoetis had a return on equity of 70.78% and a net margin of 23.76%. The business had revenue of $1.58 billion during the quarter, compared to analyst estimates of $1.58 billion. During the same quarter in the previous year, the firm earned $0.83 EPS. Zoetis’s revenue was up 7.0% on a year-over-year basis. Analysts predict that Zoetis Inc will post 3.6 earnings per share for the current fiscal year.

The firm also recently declared a quarterly dividend, which will be paid on Tuesday, March 3rd. Stockholders of record on Friday, January 17th will be given a dividend of $0.20 per share. The ex-dividend date of this dividend is Thursday, January 16th. This represents a $0.80 annualized dividend and a dividend yield of 0.57%. This is a positive change from Zoetis’s previous quarterly dividend of $0.16. Zoetis’s dividend payout ratio is presently 25.56%.