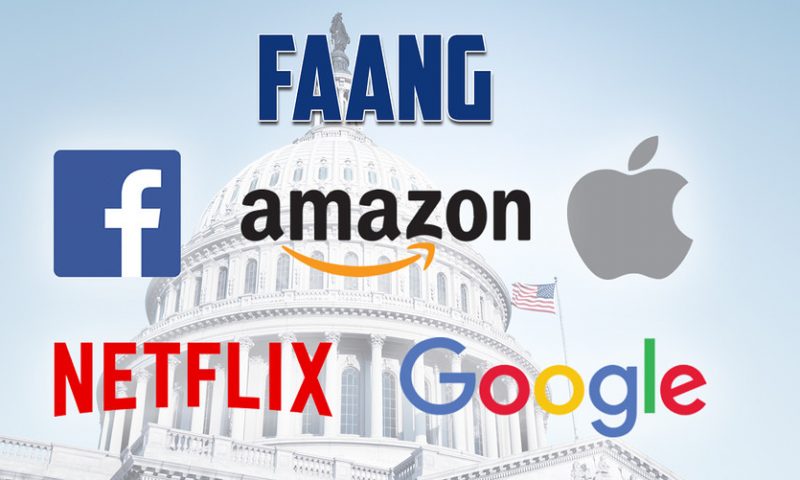 Meanwhile, Netflix and Google are dialing back their spending on influencing Washington

The spending — which already was on a record pace for some companies after last year’s third quarter — has come as Big Tech increasingly finds itself in lawmakers and regulators’ cross hairs.

A raft of bills aimed at technology companies were introduced in Congress in 2019, addressing privacy, censorship, security, algorithms, children’s issues, facial recognition and other matters. But Capital Alpha Partners analysts have said the “existence of so many disparate critiques complicates making progress on any one issue.”

In addition, the Trump administration’s Justice Department and the Federal Trade Commission have launched antitrust investigations into Big Tech.

An Amazon spokeswoman on Wednesday said the e-commerce titan is “always looking for ways to innovate” for customers, and its Washington, D.C., team is “focused on ensuring we are advocating on issues that are important to our customers, our employees and policy makers.” Facebook and Netflix declined to comment, while Apple and Google didn’t respond to requests for comment.