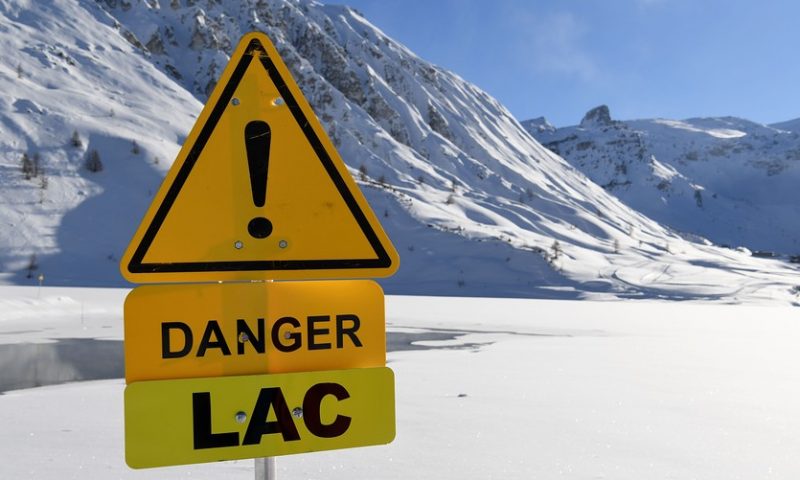 Stock market investors could be setting themselves up for a nasty fall.

That’s according to Mark Newton, a popular independent market technician, in a Friday note to clients.

“US stocks have moved up at a clip that’s eerily reminiscent of January 2018,” he wrote. “No news really matters to shake markets, and bad economic news or earnings, not to mention geopolitical threats matter for a few hours only before the relentless rally continues unabated,” he wrote.”

“Make no mistake, this market move is NOT normal, and is NOT something which should be able to continue technically into and through February without a major hiccup,” he added.

He pointed to spreads between high yield corporate bonds and investment grade corporate bonds as one signal that could be predicting a near-term downturn. “High yield has started to trail off a little,” he said in an interview with MarketWatch, referencing the ratio between the Markit iBoxx Liquid Investment Grade index LQD, -0.02% and ICE BofAML 0-5 Year US High Yield Constrained Index HYS, -0.05%, which has remained range bound in January, despite the stock market’s headlong advance.

Newton said he is also concerned with measures of market sentiment, including the American Association of Indivdual Investors Sentiment Survey, Bank of America’s monthly survey of institutional investors and the monthly CBOE put-to-call ratio, or the number of options to sell stocks relative to the number of options to buy stock, which remains “at the lowest level we’ve since at least the early 200s, with more than 2 calls being bought for every put,” Newton said, adding that this speaks to the euphoria of the current market.

“Markets truly seem to be near exhaustion using traditional methods, but it’s proper to wait on the sidelines until the break gets underway, which should prove swift and severe,” according to Newton.

To be sure, other measures like the number of stocks advancing versus those declining over time, are at historic highs, a typically bullish signal, along with the fact that markets are making higher highs and higher lows, setting new record closes along the way. Investors should “keep stops tight and not grow too complacent,” he added, referring to stop-loss orders investors use to automatically sell stocks once they fall to a preset price.

Technical analyst Jeff DeGraaf of Renaissance Macro Advisors agreed that investors should approach current levels with caution. “52-week highs, the percentage of issues above their 200-day moving average, and sector high all are suggesting bullish long-term momentum, but the crescendo nature of this strength without meaningful single day breadth figures and elevated complacency leaves us tactically cold,” he wrote in a Friday note.

That said, it’s incredibly difficult to predict exactly when euphoric sentiment will take a turn for the worse. “Indicators don’t flash red when the market is at a top,” Newton warned. “It’s hard to go out there and really trumpet a big bearish call, which makes you wonder if its probably the right thing to be doing.”