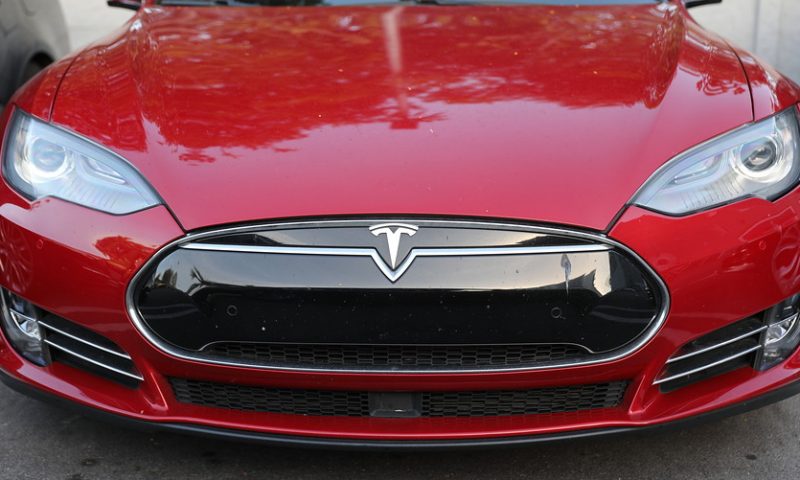 Tesla Inc. stock pushed toward $550 on Tuesday, closing at a record high — its 12th since its rally started in mid-December.

The stock has outperformed the S&P 500 index SPX, -0.15%, itself breaking records, roughly tenfold over the past three months.

Yet another investment bank has boosted its price target on Tesla: Analysts at Deutsche Bank, led by Emmanuel Rosner, set their target at $455 from $290, a 57% increase, on Tuesday.

The analysts kept their rating on the stock at hold, saying they worry “investor sentiment has gotten bullish too fast, ignoring some of the nearer-term execution risks.”

That’s the case particularly in China, where “the market is difficult to gauge in the near-term due to a recent slump in (new-energy vehicle) sales,” they said.

Moreover, Tesla’s sales benefited from the end EV incentives in key markets like the U.S. and the Netherlands, and first-quarter sales could see “a sequential moderation in demand in some key geographies,” the Deutsche Bank analysts said.

Monday’s rally was fueled by Oppenheimer analysts, led by Colin Rusch, raising his price target on Tesla TSLA, +2.49% by nearly 60%, to $612 from $385 on the company’s “disrupter” characteristics.

“This most recent share price surge is attributed to a combination of two factors, short-covering and greater investor optimism regarding Tesla’s 2020 demand,” Gene Munster, of venture-capital firm Loup Ventures, said in a note late Monday.

“We continue to expect shares to be volatile in the years ahead but, ultimately, trend higher given the company’s pole position in undeniable truths related to electrification and autonomy,” he said.

Credit Suisse analysts also raised their price target on the stock in a note last week, to $340 from $200. Despite being well under the current share price, the new price target “gives Tesla credit in multiple ways,” the Credit Suisse analysts said. “Even with all that Tesla stock appears rich,” they said. The analysts, led by Dan Levy, kept the equivalent of a sell rating on the stock.

Tesla’s outperformance over the S&P 500 holds in a 12-month snapshot, with the Silicon Valley car maker’s shares up 61% in the period, compared with gains of 27% for the S&P and 21% for the Dow Jones Industrial Average. DJIA, +0.11%