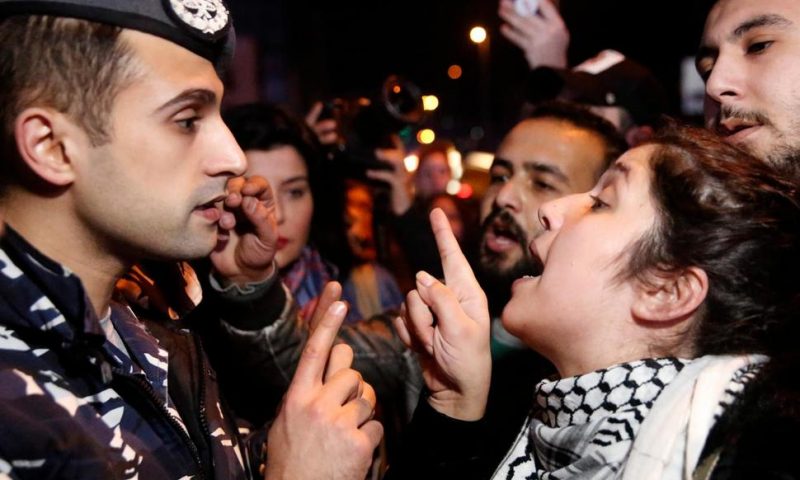 Lebanese protesters have returned to the streets after weeks of calm, impatient with politicians failing to tackle a deepening economic crisis.

Lebanon is facing its worst economic crisis in decades, with the local currency losing over 60% of its value to the dollar over the last weeks while sources of foreign currency have dried up. Meanwhile, banks imposed informal capital controls limiting withdrawal of dollars and foreign transfers in the country that relies heavily on imports of basic goods.

Panic has set in among residents who fear their deposits are in danger. Nationwide protests for three months have failed to pressure politicians to form a new government to institute drastic reforms.

The incumbent prime minister Saad Hariri resigned in late October. The president after consulting parliamentary blocs designated a new prime minister in December, who has yet to form a new Cabinet amid deep political divisions.

After weeks of calm, protesters threatened to launch a week of protests, culminating in civil disobedience, demanding the immediate formation of a government to deal with the severe financial crisis.

Late Monday, dozens of protesters blocked a main thoroughfare in central Beirut. The brief closure ended with limited scuffles with the police. Protesters then moved to outside Banque Du Liban, installing sandbags and bricks to block the street. “Down with the bank rule,” chanted the protesters. In a video posted by the protesters, they said the roadblock is to respond to the banks blocking depositors accessing their accounts.

Nationwide protests began in mid-October denouncing years of government mismanagement and corruption, demanding the political elite to step down