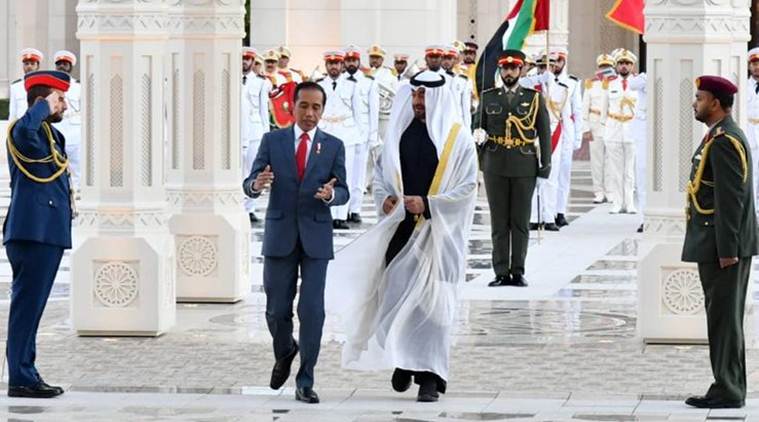 Indonesia and the United Arab Emirates have affirmed deeper economic ties during a visit by Indonesian President Joko Widodo in which he sought billions of dollars to finance his country’s infrastructure and energy projects.

JAKARTA, Indonesia — Indonesia and the United Arab Emirates affirmed deeper economic ties during a visit by Indonesian President Joko Widodo in which he sought billions of dollars to finance his country’s infrastructure and energy projects.

They said the two sides reached 11 business-to-business agreements and MOUs on energy and infrastructure. Indonesia valued the investment for those projects at $22.9 billion, though it was not immediately clear how much the UAE would directly invest.

Indonesia’s presidential office cited Sheikh Mohammed as saying after witnessing the exchange of the agreements that relations between the two nations could be further strengthened.

“We can start a new era of closer ties between the two nations,” Sheikh Mohammed said, according to the statement.

“The UAE will remain an important partner in Indonesia’s economic cooperation, especially in the investment sector,” Widodo said. He welcomed talks by the two countries on founding an Indonesia Sovereign Wealth Fund.

Widodo’s efforts to reduce poverty and improve Indonesia’s inadequate infrastructure have been his signature policy and helped him win a second term in elections last April. The plans would require more than $400 billion to modernize the archipelago nation, home of more than 260 million people.

He pledged to push ahead with sweeping and potentially unpopular economic reforms, including more business-friendly labor laws, in his final term.