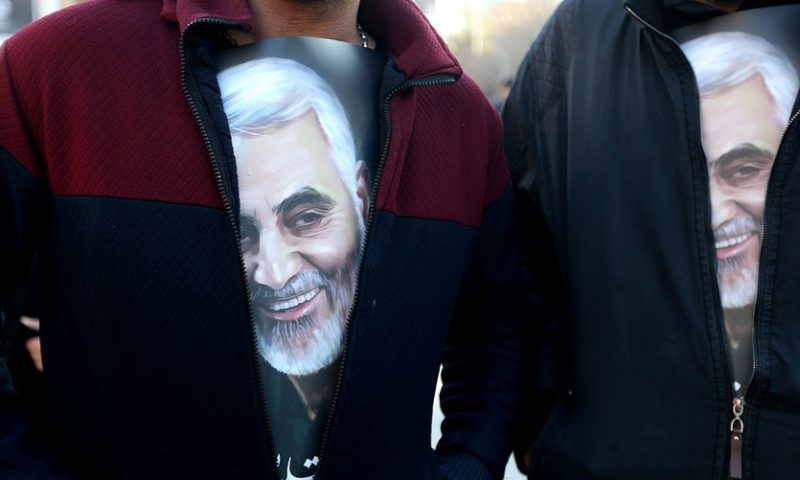 How did benchmarks perform?

Energy names were the biggest drag on the Dow, with shares of Chevron Corp. CVX, -1.28%  and Exxon Mobil Corp. XOM, -0.82%  among the top five contributors to the benchmark’s more than 100 point drop, according to FactSet data.

Chevron, America’s No. 2 oil, company said in a statement Monday that it evacuated all its American oil workers from Iraq following rising tensions in the region, following steps by Exxon to withdraw all of its employees from oil fields in southern Iraq.

The leg lower for the Dow came despite some slightly brighter U.S. economic data and as Wall Street looks ahead to the corporate earnings reporting season for further clues about the health of the economy.

“We are waiting for some of the earnings data to kick in over the next several weeks,” said Jeff Kleintop, chief global investment strategist at Charles Schwab, in an interview with MarketWatch. “Last year, people started pricing in a better 2020 and now we have to see if that is delivered.”

Earlier Tuesday, data showed a rise in activity in the American economy’s huge services sector at year end. The U.S. ISM service sector index rose to a four-month high of 55 in December, according to the Institute for Supply Management. The U.S. Commerce Department also said the trade deficit narrowed in November to a 3-year low, but factory orders fell 0.7% in November, marking the third decline in four months.

Shares of Boeing Inc.gained on rumors a high-profile investor was building a position in the beleaguered aircraft maker.

Meanwhile, investors were digesting rising tensions in the Middle East prompted by the killing of top Iranian Maj. Gen. Qassem Soleimani by the U.S. on Friday.

President Trump said the U.S. remains prepared to attack if Iran retaliates against America, but walked back a threat to target the country’s cultural sites, while speaking at a White House press briefing Tuesday afternoon.

U.S. Defense Secretary Mark Esper on Tuesday said he expects retaliation by Iran in some way, adding that the U.S. isn’t seeking war with the Islamic Republic but would be “prepared to finish one.”

“We’re not surprised to see a bit of a pullback from the standpoint that through December the market got really overbought,” Bob Phillips, managing principal of Indianapolis-based Spectrum Management Group, told MarketWatch.

But he also expects another “decent year” for stocks, thanks to the Federal Reserve’s ongoing support and the prospects for positive corporate earnings growth.

“There’s always been a back-and-forth” with Iran for the past 40 years, Phillips said.

In that vein, market participants are judging geopolitical tensions as not yet sufficient to knock U.S. stocks too far below recent records.

BCA Research analysts wrote that, “A healthy domestic backdrop, coupled with the Fed on hold for the year, means that investors should buy any Iran-induced equity sell-off, barring a war that closes the Strait of Hormuz,” in a daily note Tuesday.

“The domestic economy should remain in solid shape, supported by a robust labor market,” they said.

Shares of Facebook Inc. FB, +0.22% were in focus after the social-media platform said it is banning videos that have been manipulated using advanced tools. Shares were up 0.2%.

Tesla Inc. shares TSLA, +3.88% jumped 3.9% as Chief Executive Elon Musk celebrated the delivery of the first vehicles made in China.

FireEye Inc. FEYE, +3.24%  shares rose 3.2%, nearing their highest level in about 11 months, after an analyst upgrade. The analyst, with SunTrust Robinson Humphrey, raised his stock price target by nearly half.