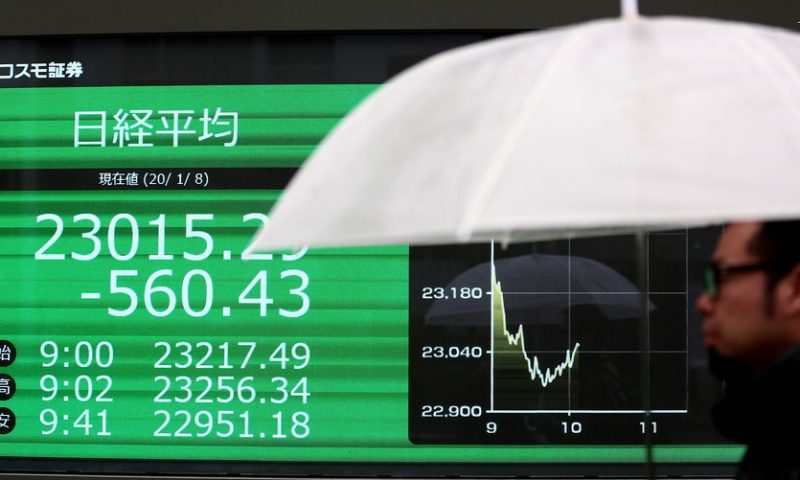 U.S. officials said there were no immediate reports of casualties, and Iran’s foreign minister tweeted “We do not seek escalation or war,” leading some experts to speculate that the attack was a measured response to last week’s killing of a top Iranian general by a U.S. airstrike.

Stephen Innes, chief Asia market strategist for AxiTrader, said Trump’s response was, for now at least, “calming nerves, and risk assets are making a comeback as the market is taking some comfort in the lack of immediate U.S. military follow-through.”

Financial markets have been on edge about the possibility of U.S.-Iranian conflict and disruption of oil supplies since last week’s killing of Gen. Qassem Soleimani by a U.S. drone in Baghdad.

Before the latest attack, the rush by investors into safe assets had been abating.