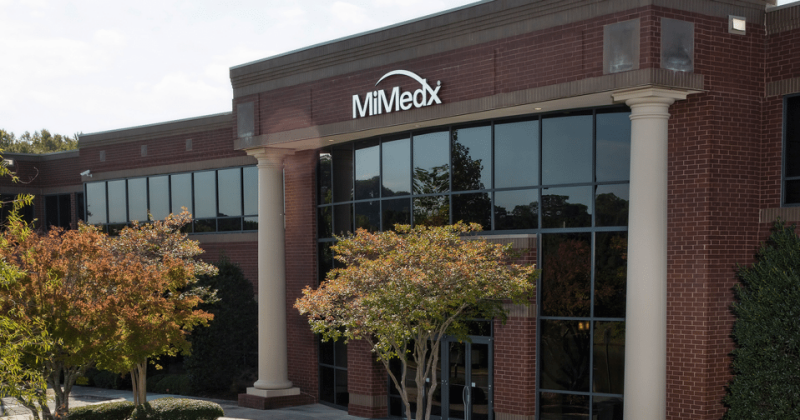 MiMedx Group Inc develops and markets regenerative biomaterial products and bioimplants made from human amniotic membrane and birth tissues and human skin and bone. Its products are primarily targeted toward the wound-care, surgical, sports medicine, and orthopedics markets. MiMedx’s key products are allografts processed from amniotic tissue, which include EpiFix for external use and AmnioFix for internal use. It also sells OrthoFlo, an allograft derived from amniotic fluid. In addition, MiMedx sells allografts for ophthalmic surgery and dental applications through licenses to third parties.

MiMedx Group Inc is based out of Marietta, GA and has some 690 employees. Its CEO is Timothy R. Wright.

MiMedx Group Inc is a component of the Russell 2000. The Russell 2000 is one of the leading indices tracking small-cap companies in the United States. It’s maintained by Russell Investments, an industry leader in creating and maintaining indices, and consists of the smallest 2000 stocks from the broader Russell 3000 index.