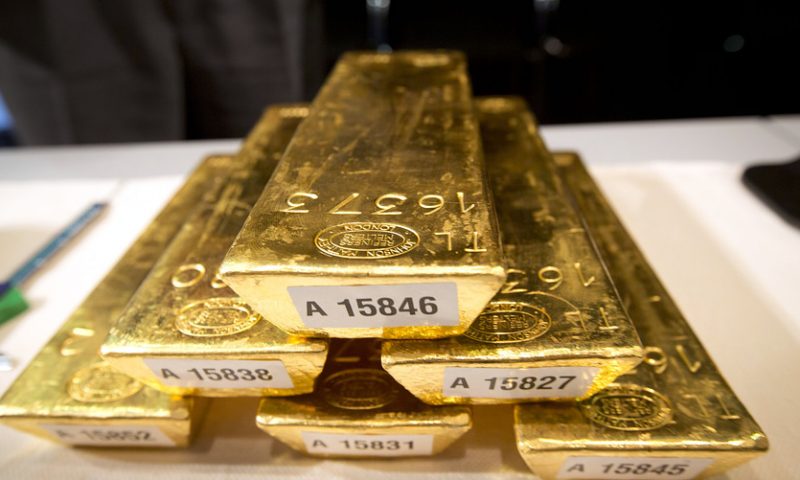 Gold’s haven appeal boosted the metal to a more than six-year high on Monday, as an escalating U.S.-China trade fight sparked a selloff in assets perceived as risky.

Gold, now up about 15% from its low of 2019, has surged over recent sessions after President Donald Trump intensified a trade fight with China by announcing additional tariffs on Chinese goods and China pledged retaliation.

China’s yuan currency USDCNH, -0.4142% on Monday fell to its lowest level in more than a decade, breaching the key 7-to-the-dollar level. Investors took that as a sign Beijing could allow further weakness, with the potential to further intensify trade tensions.

“The yellow metal is on the verge of a making for a run towards the $1,500 an ounce level and after that there is not much resistance until the $1,650 region,” said Edward Moya, senior market analyst at Oanda. “The trade war, a negative global interest-rate environment and weak corporate earnings are all positive catalysts for the remainder of the summer for gold.”

“With the negative U.S. economy implications from the trade tariffs and the market pricing for the requirement for further rate cuts, the dollar is being pressured,” said Richard Perry, analyst with Hantec Markets. “This is a double positive impact on gold. Fundamentally, with real yields falling, gold will continue to rise.”

“Weakness will be seen as a chance to buy, on a fundamental perspective and with the technicals also remaining strong, the outlook for further upside looks strong,” he added.