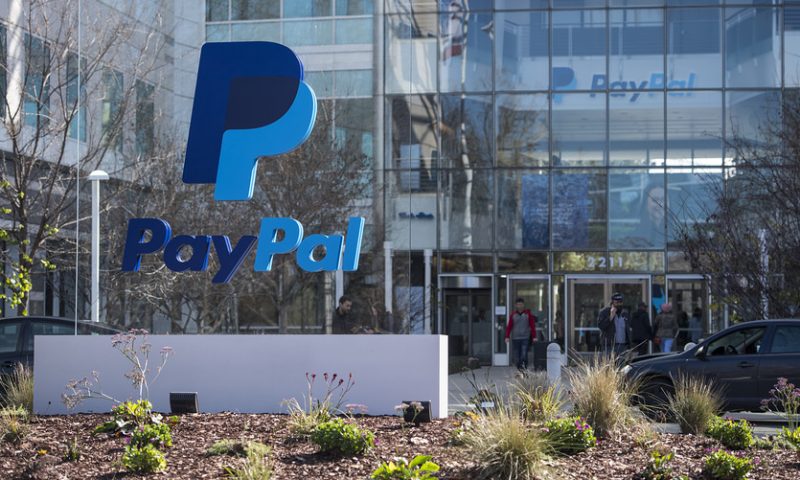 PayPal PYPL, -3.39% now models full-year revenue growth of 14% to 15% at current spot rates. Its prior forecast called for growth of 16% to 17%. Schulman said he was confident that PayPal would eventually realize impact from the partnerships subject to implementation delays, saying the revenues “are just a matter of when, not if.”

Shares were down 7% in after-hours trading.

Adjusted earnings per share climbed to 86 cents from 58 cents a year earlier, and came in ahead of the FactSet consensus of 69 cents. That estimate largely didn’t take into account PayPal’s disclosure from earlier in the month stating that the company expected a positive earnings impact of 14 cents stemming from investment benefits, compared to the 1 cent impact the company forecast when it issued its outlook months earlier. The company invested in MercadoLibre Inc. MELI, +3.96% earlier in the year.

Schulman said that PayPal was in the “final stages” of its commercial agreement with MercadoLibre that will create interoperability between the two companies’ networks of buyers and merchants.

Revenue for the quarter rose to $4.31 billion, up from $3.86 billion a year earlier, while analysts surveyed by FactSet had been modeling $4.33 billion. Total payment volume jumped to $172 billion from $139 billion, meeting expectations of $172 billion. Venmo processed $24 billion in volume, while total peer-to-peer volume represented $46 billion.

For the third quarter, PayPal expects $4.33 billion to $4.38 billion in revenue and 69 cents to 71 cents in adjusted EPS. The FactSet consensus calls for $4.44 billion and 70 cents, respectively.

PayPal’s results come a day after payments peer Visa Inc. V, +0.14% topped earnings expectations and spoke of its own partnership with MercadoLibre Inc. Its shares gained about 1% in Wednesday’s session.