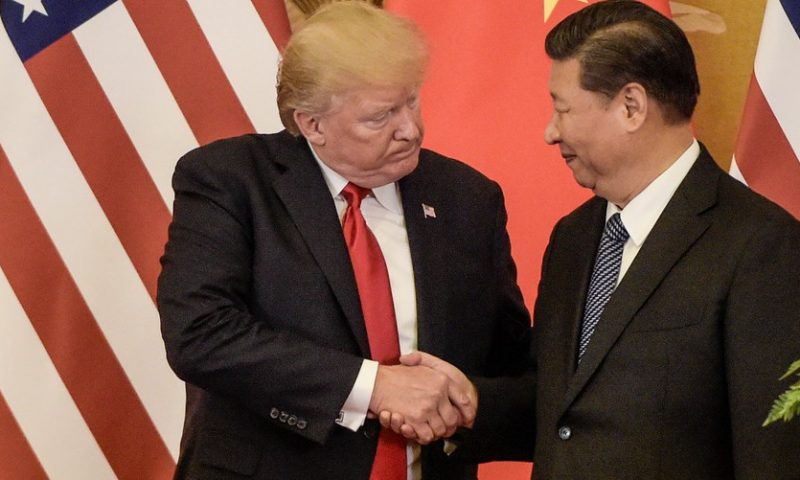 The Dow and S&P 500 on Tuesday finished at their highest levels in about six weeks ahead of a key Federal Reserve decision, as President Donald Trump tweeted that he had a productive conversation with Chinese counterpart Xi Jinping.

The finish for all three benchmarks represented the highest closes since at least May 7, according to Dow Jones Market Data.

U.S. President Donald Trump on Tuesday said over Twitter that there will be an “extended meeting” with President Xi Jinping of China at the Group of 20 meeting in Japan. Reports from Bloomberg News also confirmed a plan for the two leaders to meet on the sidelines of the gathering of developed global leaders.

The tweet comes after U.S.-Chinese trade talks had stalled, and there had been doubt over whether an additional 25% tariff on more than $300 billion in Chinese goods would go into effect soon, further escalating the protracted Sino-American trade confrontation, which has hobbled global markets.

Equity indexes were already buoyant after ECB President Mario Draghi at an annual central bank conference in Sintra, Portugal said policy makers would consider “in the coming weeks” how to adapt its policy tools “commensurate to the severity of the risk” to the economic outlook, a signal that the central bank may be willing to lower rates. The central banker’s remarks sent the euro EURUSD, -0.0179% sliding against the U.S. dollar.

Draghi’s comments come as the Fed is set to deliver an important policy decision, with expectations that policy makers will indicate a willingness to reduce benchmark borrowing costs this year amid global trade tensions, a slowdown in the global economy as well as in the U.S. Investors want to see if those expectations match up to what the Fed is thinking, though no move on interest rates is expected at this week’s meeting.

“The prospect of ‘additional stimulus’ jolted stock markets higher, and it appears the ECB is following in the Fed’s footsteps of using dovish language,” wrote David Madden, market analyst at CMC Markets UK, in a Tuesday research note.

“If the Fed doesn’t appear sufficiently dovish – including taking the word “patient” out of their statement – or the G20 meeting doesn’t result in significant progress in the trade war with China, then the market could experience a sharp pullback,” wrote Chris Zaccarelli, chief investment officer for Independent Advisor Alliance, in a Tuesday research note.

Which stocks are in focus

How are other assets trading?