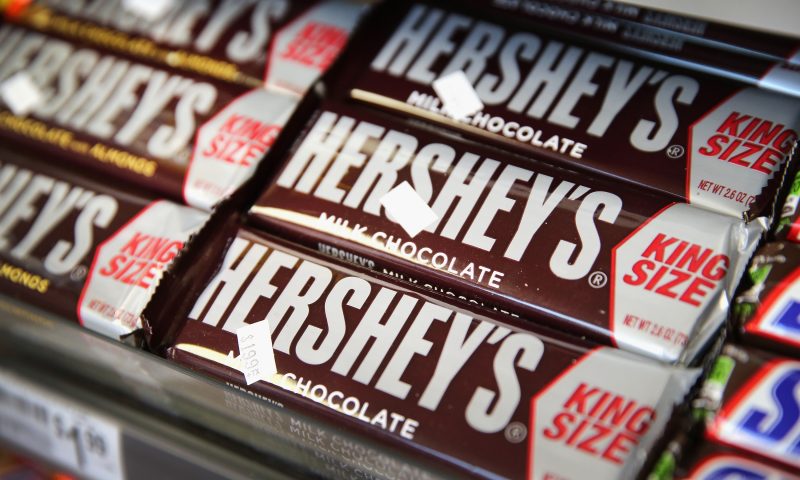 Hershey (NYSE:HSY) last posted its quarterly earnings data on Thursday, April 25th. The company reported $1.59 earnings per share (EPS) for the quarter, topping analysts’ consensus estimates of $1.48 by $0.11. The company had revenue of $2.02 billion for the quarter, compared to the consensus estimate of $2 billion. Hershey had a net margin of 14.44% and a return on equity of 90.64%. The firm’s revenue was up 2.3% compared to the same quarter last year. During the same quarter last year, the firm posted $1.41 earnings per share. As a group, equities research analysts forecast that Hershey Co will post 5.7 EPS for the current fiscal year.

The firm also recently disclosed a quarterly dividend, which was paid on Friday, June 14th. Investors of record on Friday, May 24th were issued a $0.722 dividend. This represents a $2.89 dividend on an annualized basis and a dividend yield of 2.10%. The ex-dividend date was Thursday, May 23rd. Hershey’s payout ratio is 53.92%.

The Hershey Company, together with its subsidiaries, manufactures and sells confectionery products. The company operates through two segments, North America; and International and Other. It offers chocolate and non-chocolate confectionery products; gum and mint refreshment products comprising mints, chewing gums, and bubble gums; pantry items, such as baking ingredients, toppings, beverages, and sundae syrups; and snack items, including spreads, meat snacks, bars and snack bites, mixes, popcorn and protein bars, and cookies.