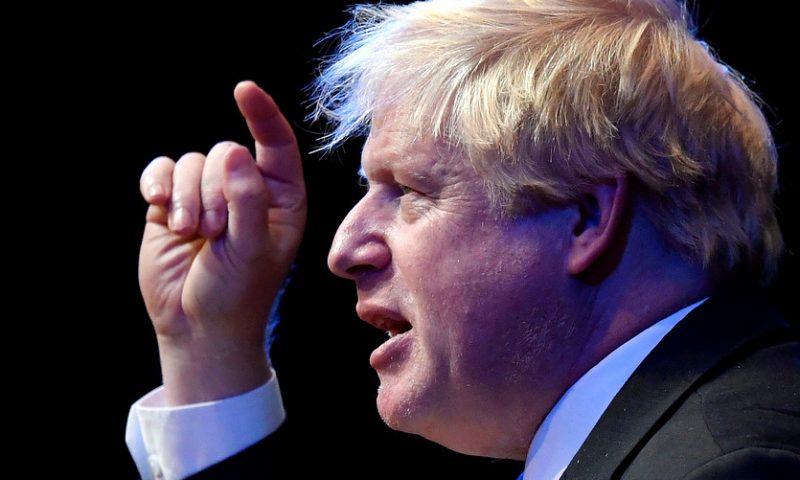 LONDON — British politician Boris Johnson, a Brexit supporter who is the current favorite to be the U.K.’s next prime minister, has stepped up his bid for support by challenging the European Union on the terms of the country’s delayed departure.

Johnson told the Sunday Times that if he succeeds Prime Minister Theresa May, he would refuse to pay a 39 billion-pound ($50 billion) divorce bill unless the EU offered a better withdrawal agreement than the one currently on the table.

Johnson quit as the foreign secretary in May’s Cabinet last July over her approach to Brexit. May resigned as prime minister Friday after lawmakers, including fellow Conservatives like Johnson, repeatedly voted down her deal with the EU.

The race to replace May as Conservative Party leader — and in turn the head of Britain’s government — officially begins Monday. Nominations close in the afternoon, and the party expects to name its new leader in late July.

Johnson, 54, who also served as London’s mayor, has emerged as the early front-runner in a crowded field. A hard-line Brexit advocate, he vows to take Britain out of the EU by the deadline that was pushed back to Oct. 31 from March 29 even if there is no deal with the EU on withdrawal terms in place.

In an interview with the Sunday Times, Johnson described himself as the only contender who could triumph over the Labour Party led by Jeremy Corbyn and Nigel Farage’s Brexit Party.

He and other Conservatives vying to lead the party insist they could get better terms from EU leaders in Brussels than the ones May agreed to and was unable to push through Parliament.

But EU officials have said they are not willing to change the terms of the deal reached with May.

Political resistance and criticism over her handling of Brexit led to May’s decision to resign before she achieved her goal of seeing the U.K. out of the European Union.

She is serving as a caretaker leader until a new prime minister is chosen and moves into 10 Downing Street.

One of Johnson’s main rivals for the post, Environment Secretary Michael Gove, continued to be sidetracked Sunday by questions about his acknowledged cocaine use when he was a youthful journalist.

He told the BBC on Sunday that he was “fortunate” not to have gone to prison. He said he was “very, very aware” of the damage drugs can cause.